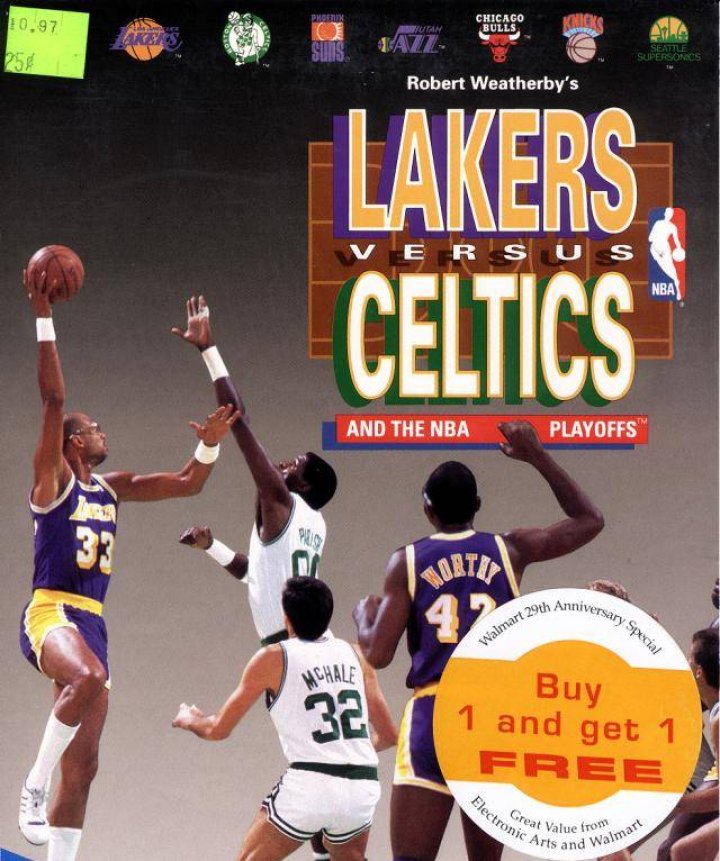 Lakers versus Celtics and the NBA Playoffs

Lakers versus Celtics and the NBA Playoffs is a basketball video game developed and released by Electronic Arts. It was first released in 1989 for MS-DOS-compatible PCs and for the Sega Mega Drive/Sega Genesis in 1991. The game was highly successful; it was the first game endorsed by the NBA and was the first to contain multiple NBA stars and teams in one game. The game's title alludes to the 1980s rivalry between the Boston Celtics and Los Angeles Lakers. It is the first game in the NBA Playoffs series of games. The game would be the first team basketball video game to acquire full players names and rights without actually relying on the NBA Players Association. Established stars in the game include Larry Bird, Kareem Abdul-Jabbar (DOS version only), Magic Johnson, Michael Jordan, and Patrick Ewing. The game introduced innovations in presentation. It was the first NBA game to feature TV style starting line up prior to the opening tip. It also featured halftime shows and announcers to simulate an authentic feel. Later games would go further by replacing music during gameplay with audience cheers. The game was conceived by Producer Don Traeger, and principal work done by programmer Robert Weatherby and Art Director Michael Kosaka. It was the first game to feature the EASN logo, a stand-alone sports brand that Traeger had conceived with marketing partner Don Transeth and Artist Michael Kosaka. This brand later evolved into EA Sports. 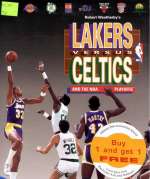