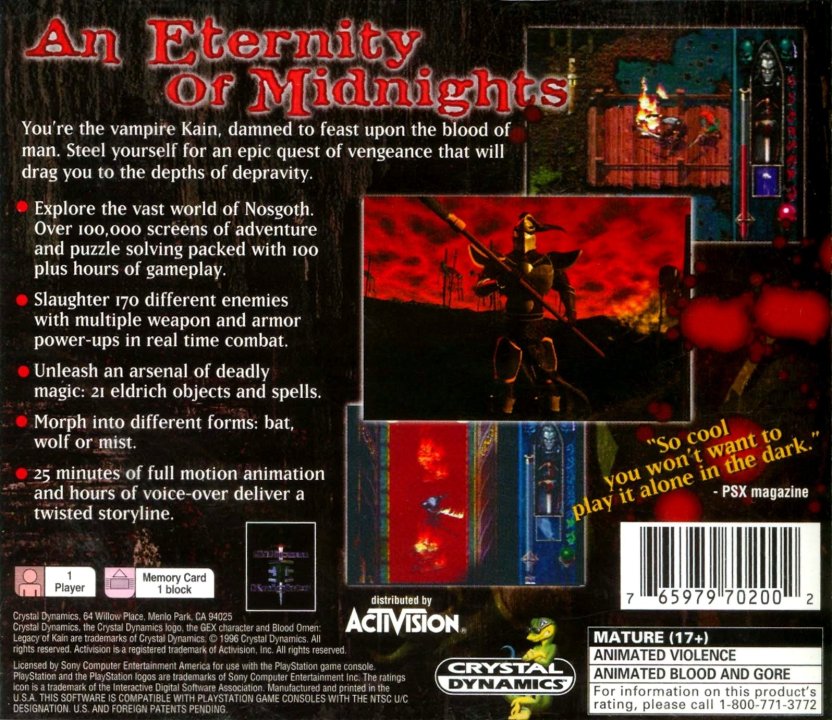 Blood Omen is a top-down game where the player controls the vampiric Kain. As a vampire, Kain is able to withstand sunlight, but is harmed by water. However, he is able to obtain several cursed abilities and spells such as being able to transform into a bat, wolf and even a cloud mist respectively, as well as learning the ability to disguise himself from creatures of weaker mind. Kain is also fixated on murder and is a master of several ways to kill and destroy his opponents. As the enemies are slain in front of him, Kain may drink their blood to restore his health, which is always trickling away, representative of his insatiable craving. To aid in the slaughter of his enemies, Kain may equip different weapons and armor, each with its own unique properties. 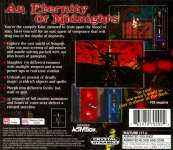 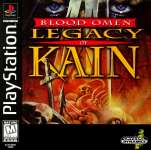 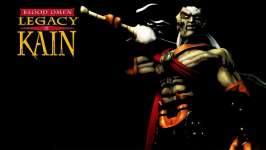 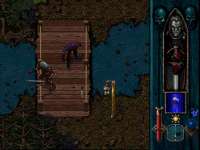 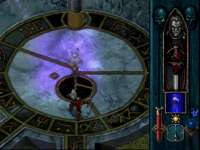 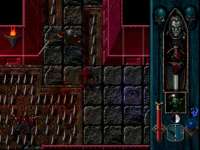 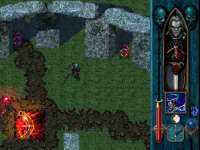 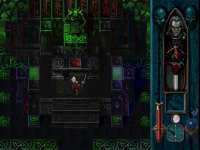 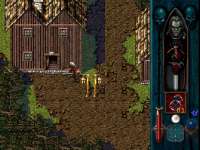