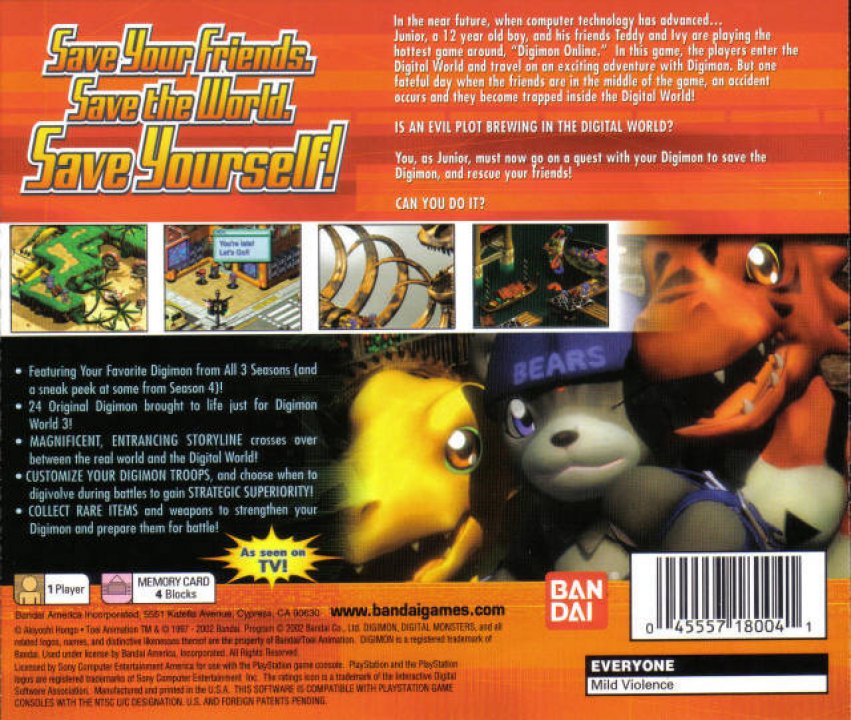 Digimon World 3 is a role-playing video game created by Bandai for the PlayStation. You play as a child called Junior who enters an online virtual reality MMORPG called "Digimon Online", which is run by the "MAGAMI" corporation. A terrorist attack on the Internet traps Junior and his friends inside the game and he sets out to stop them with his Digimon partners. Unlike past Digimon World games, battles against wild Digimon are random and the battle system although turn-based is very different from Digimon World 2, the most notable distinction is battles are one on one instead of three on three although you may tag in a different Digimon, battles also feature three types of digivolution; normal, Blast, and DNA digivolution. 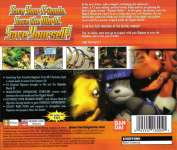 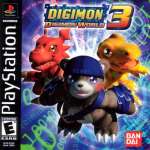