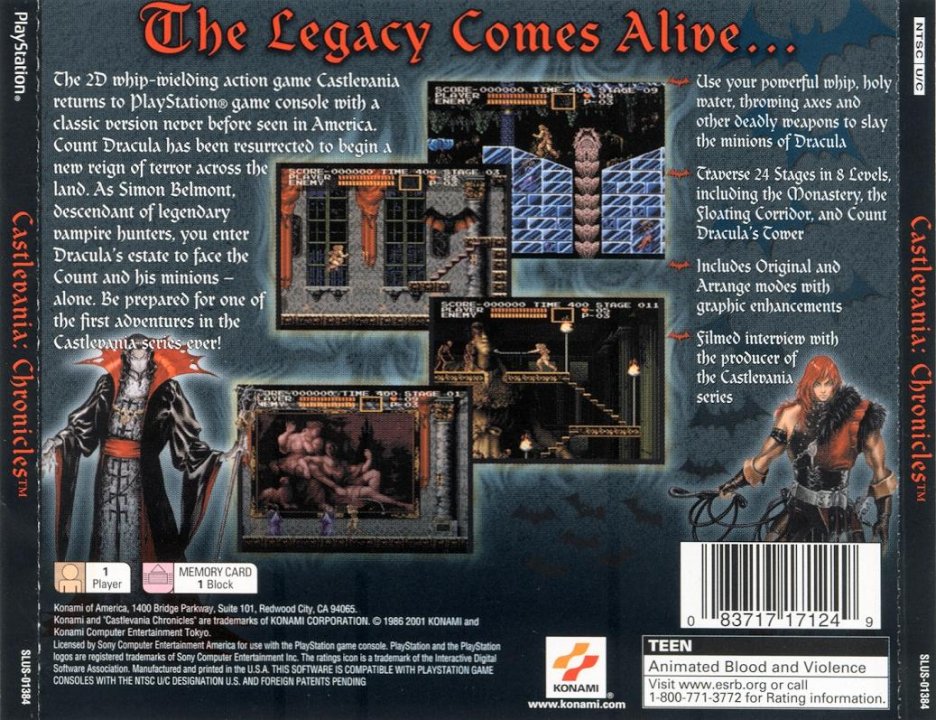 The Legacy Comes Alive... The 2D whip-wielding action game Castlevania returns to PlayStation® game console with a classic version never before seen in America. Count Dracula has been resurrected to begin a new reign of terror across the land. As Simon Belmont, descendant of legendary vampire hunters, you enter Dracula's estate to face the Count and his minions - alone. Be prepared for one of the first adventures in the Castlevania series ever! * Use your powerful whip, holy water, throwing axes and other deadly weapons to slay the minions of Dracula * Traverse 24 stages in 8 levels, including the Monastery, the Floating Corridor, and Count Dracula's Tower * Includes Original and Arrange modes with graphic enhancements * Filmed interview with the producer of the Castlevania series 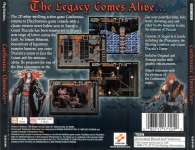 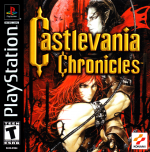 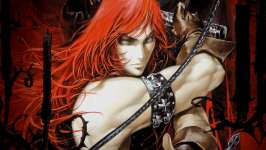 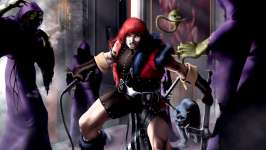 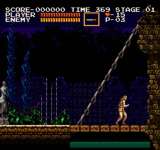 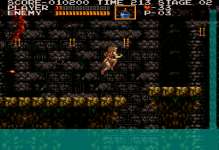 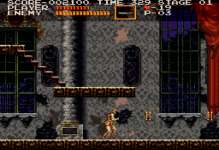