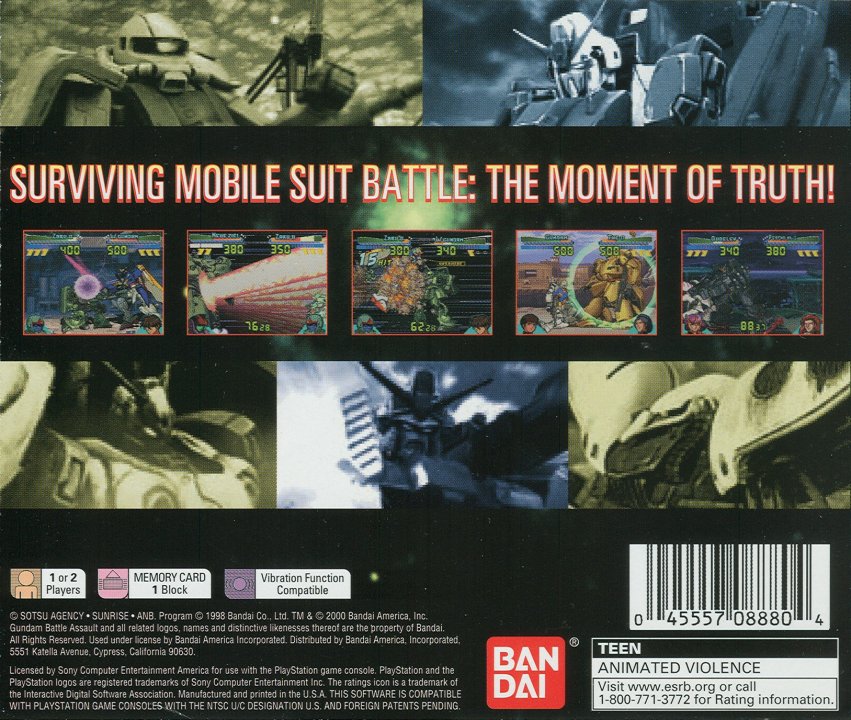 The Japanese animé series known as Gundam Wing is the basis for Gundam Battle Assault, a 2D one-on-one fighting game for the PlayStation. This robotic brawler pits Gundam against Gundam using a traditional side-view fighting engine. The different robots that appear in Gundam Battle Assault spring forth from all over the series' lengthy fictional timeline. New fans will most recognize the Gundam Wing model, while those who've followed the different shows for a while will find many old favorites, such as Z Gundam, Qubeley, and Zaku II. 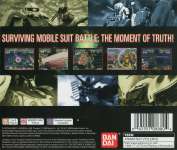 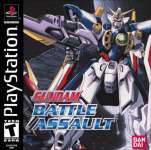