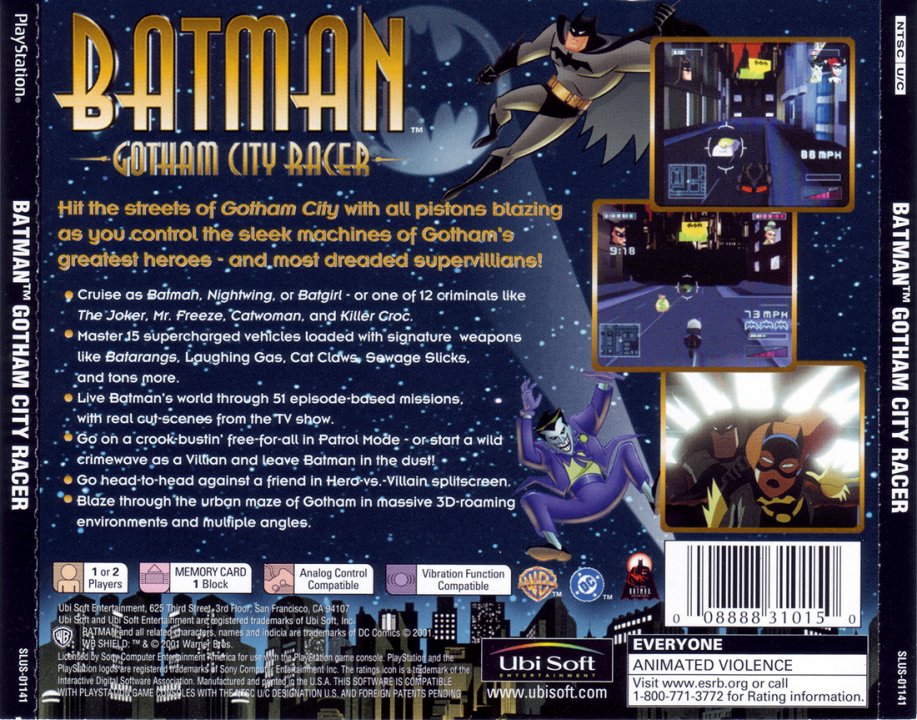 Cruise as Batman, Nightwing, or Batgirl - or one of 23 criminals like The Joker, Mr. Freeze, Catwoman, and Killer Croc. Master 15 supercharged vehicles loaded with signature weapons like Batarangs, Laughing Gas, Cat Claws, Sewage Slicks, and tons more. Live Batman's world through 51 episode-based missions with real cut-scenes from the TV show. Go on a crook-bustin' free-for-all in Patrol Mode or start a wild crimewave as a Villain and leave Batman in the dust! Go head-to-head against a friend in Hero-vs.-Villain splitscreen. Blaze through the urban maze of Gotham in massive 3D-rooming environments and multiple angles. 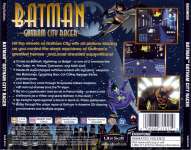 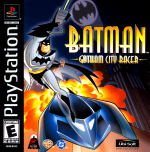