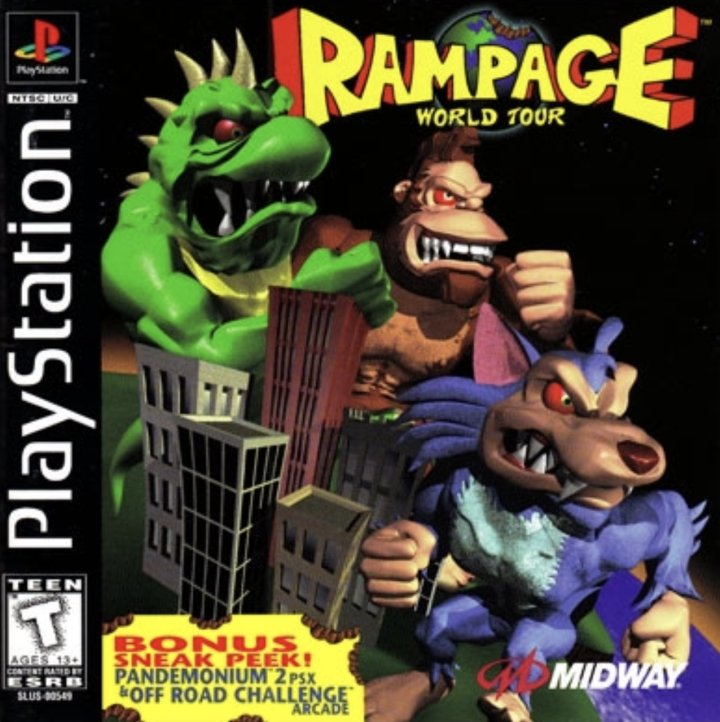 Rampage World Tour is a updated version of the classic Rampage. Rampage World Tour starts off at Scumlabs International where three lab technicians, George, Lizzy, and Ralph have mutated in an accident involving toxic waste. George has turned into a gigantic ape, Lizzy a gigantic lizard or dinosaur, and Ralph some sort of gigantic wolf. The three destroy the lab they previously worked at and then embark on a path of destruction encompassing the entire globe. 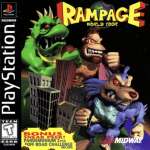 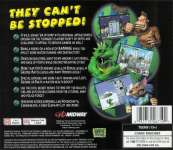