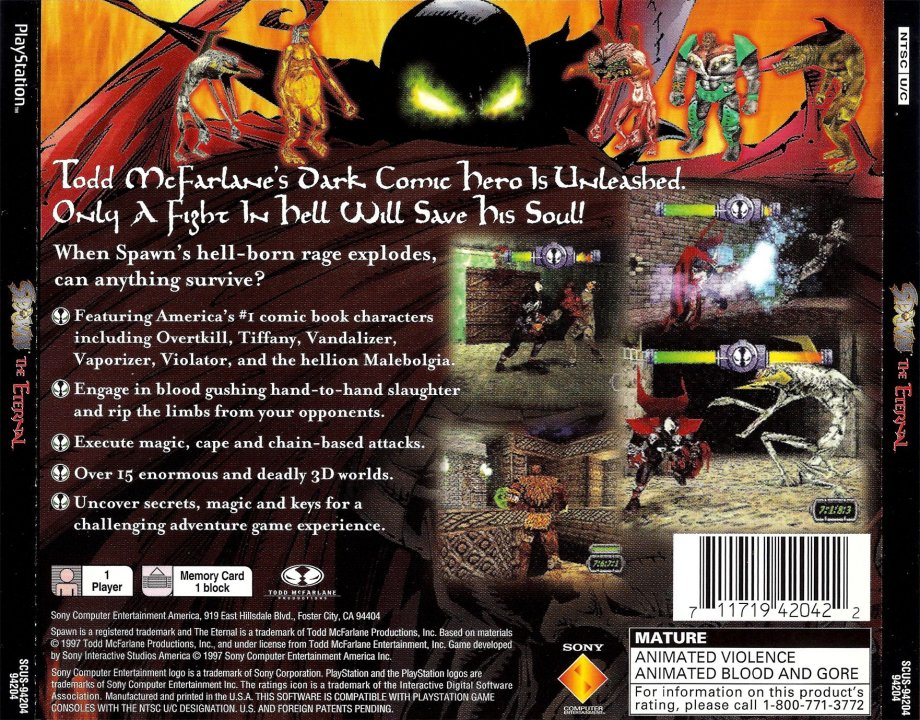 Spawn: The Eternal is based on Todd McFarlane's Spawn comics. The game switches back and forth between two styles of play. There's an exploration mode, which is along the lines of Tomb Raider. Spawn must climb and jump his way through a variety of environmental obstacles while smashing crates and furniture to find power-ups. When you approach an enemy, however, the engine switches into something between a 3D fighting game and an old-fashioned side-scrolling beat-em-up. Spawn must defeat one or more enemies, who may be surrounding him before he can continue. 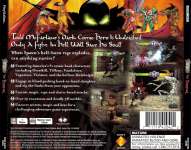 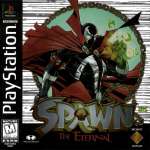 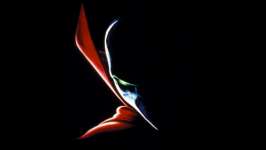