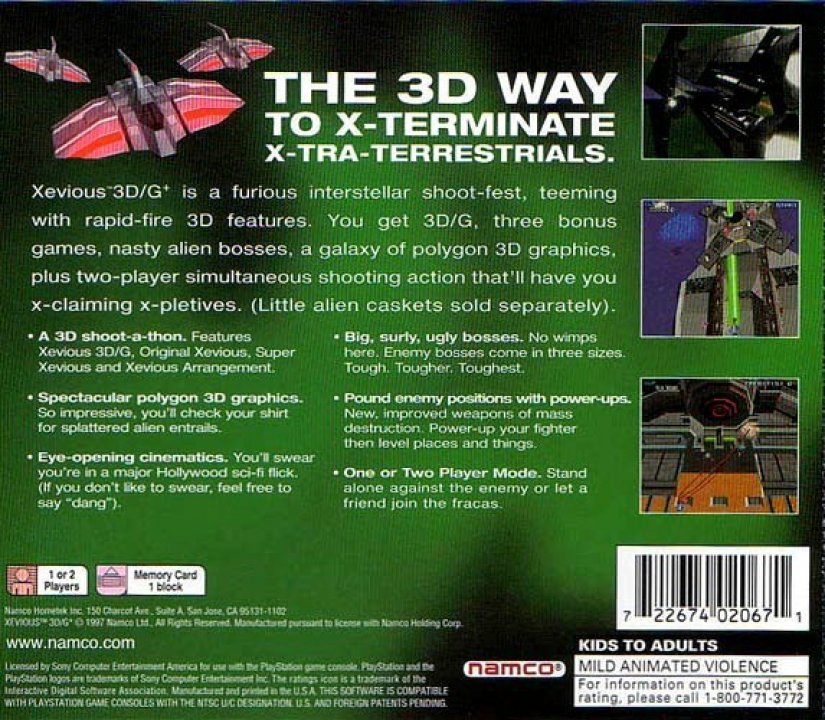 Xevious 3D/G+ puts the classic arcade vertical shoot 'm up Xevious game in a third-person 3D perspective. The game brings some new weapon systems to the player-controlled fighter jet and contains many new enemies, some of which are quite large and pose new challenges to the player. During the game the player can collect three types of power-ups: bullets, lasers and plasma beams. 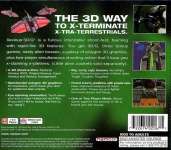 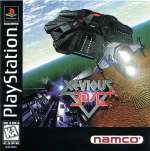