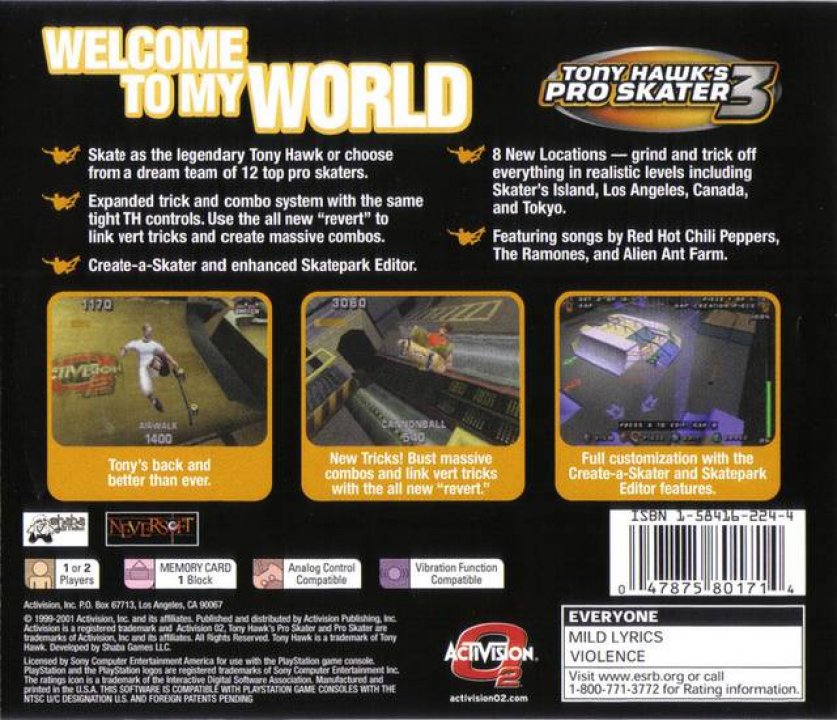 With this release of Tony Hawk Pro Skater 3, one of the most universally popular and financially successful game franchises in recent memory returns home to roost on the original PlayStation console that launched the peerless extreme sports series in the autumn of 1999. Though this third version of the title is being released on half a dozen platforms and considerable effort has been invested in assuring that the PS2, Xbox, and GameCube versions of the live up to their "next-generation" technological potential, Neversoft and Activision endeavored to bless this PS version with all of the third edition's key innovations while retaining and reinforcing the engaging, accessible gameplay which is the true crux of the series' success. While it can't pump out the same amount of eye-candy as its counterparts on the 128-bit generation systems, this PlayStation release of THPS3 incorporates several of the new features designed to propel the series' popularity on other platforms. New landing tricks allow players to string together greater combinations, especially when moving from the ramps to the street. Environments are designed to test old and new skills alike. Loyal PS gamers should be pleased that all the important new levels, tricks, and combinations developed for the third edition of Tony Hawk Pro Skater are duly represented in this version of the game. 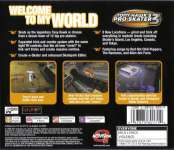 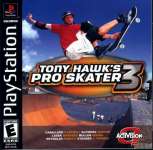