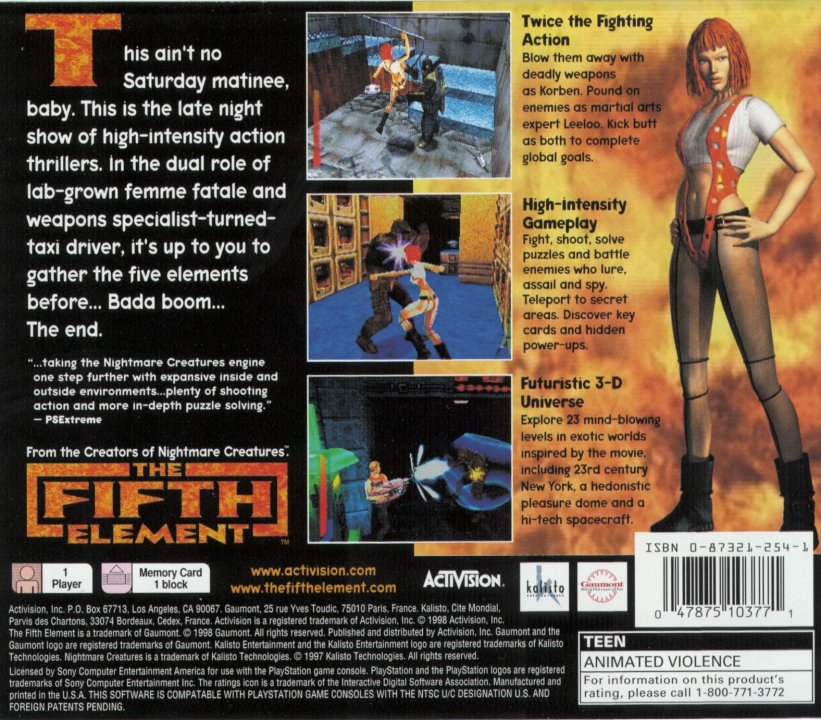 The Fifth Element is a third-person adventure wherein you take on the persona of one of two characters. Your two choices stem from the two main ones from the movie, Korben Dallas or Leeloo Minai Lekatariba-Lamina-Tchai Ekbat. Korben, played by Bruce Willis in the film, is a cab driver. He lives in New York City when the game starts, and he is the one man capable of saving the world. Leeloo is The Fifth Element. She is the only hope that the universe has against Pure Evil. The story goes that every five thousand years a door is opened between dimensions. One dimension is our universe, and the other is the anti-universe. This universe is known as Pure Evil, and waits for the doors to open, since every five thousand years the four basic elements (earth, air, fire, water) are gathered around the fifth the perfect being (Leeloo). The two characters have different options available to them. Korben can use guns, while Leeloo can use grenades. This helps you in certain aspects of the game, and choosing your character wisely can mean the difference between life and death. 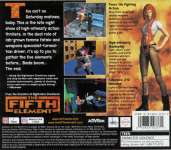 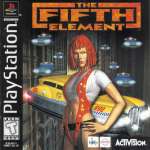