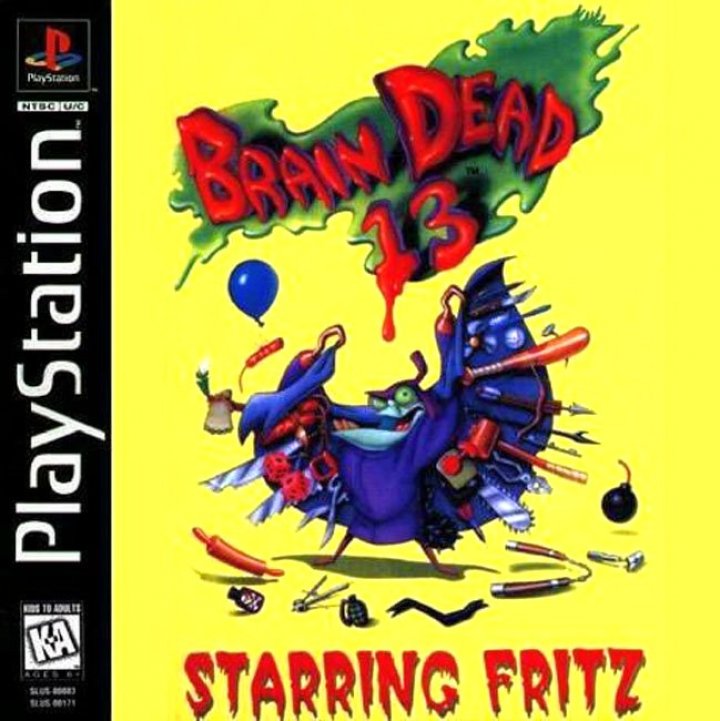 Brain Dead 13 is an animated adventure game that uses the same style of gameplay as Dragon's Lair and Space Ace. You play as Lance, a computer repairman who has been summoned to the castle of Dr. Nero Neurosis, a talking brain that lives in a vat of goo. There you are pursued by cartoon villains -- mainly Fritz, a half-man, half-animal henchman who has a ton of weapons in his overcoat and takes a lot of physical abuse. This is a point-and-click game where you have to consistently react in order to get yourself out of danger or you will be killed in some comically violent way. 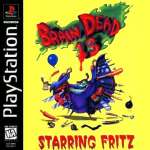 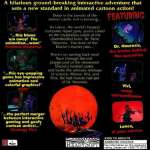 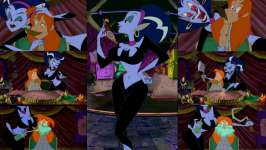