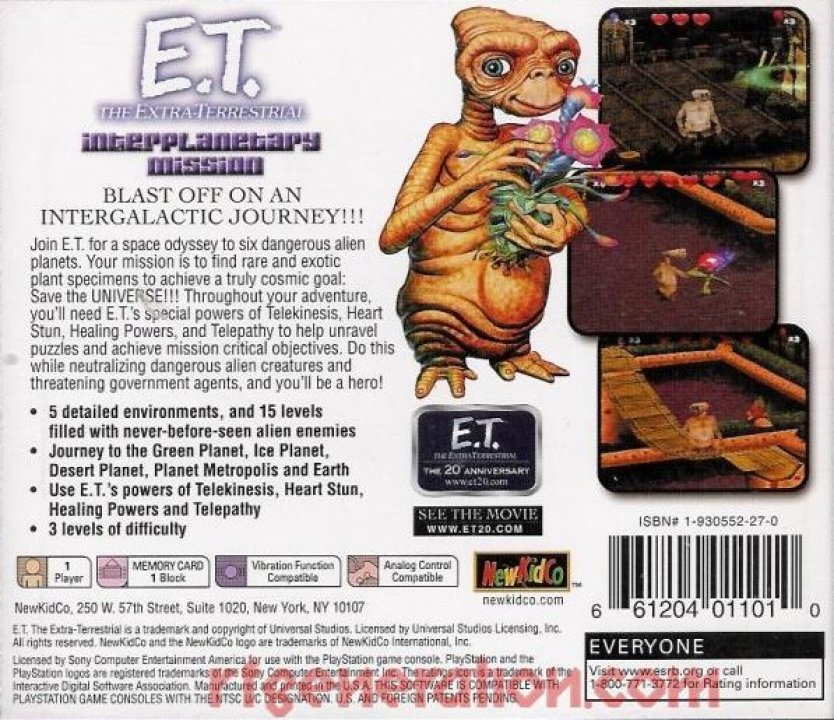 E.T. may have left Earth safely onboard his spaceship, but trouble awaits him soon after landing in this 3D PlayStation adventure. The universe is in danger and only E.T. can help save it, by finding exotic plants. As the kind-hearted alien from the 1982 film, re-released in 2002 to commemorate its 20th anniversary, players must rescue rare plants from a total of five planets: Green Planet, Ice Planet, Desert Planet, Planet Metropolis, and Earth. Each planet contains a specific number of plants to find across three levels. Worlds are also filled with hostile creatures or government agents, so E.T. needs to use his special powers to help him overcome all manner of threats. As E.T. walks and runs across the levels, he can call upon the power of telekinesis to move items closer, use his healing power to restore flowers, and unleash a heart stun to temporarily freeze enemies. Also available on each level are items such as keys or switches, which let E.T. access blocked areas. Progress in the adventure can be saved to a memory card. 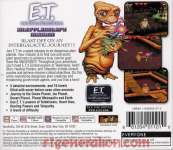 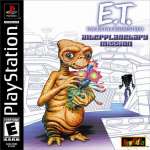