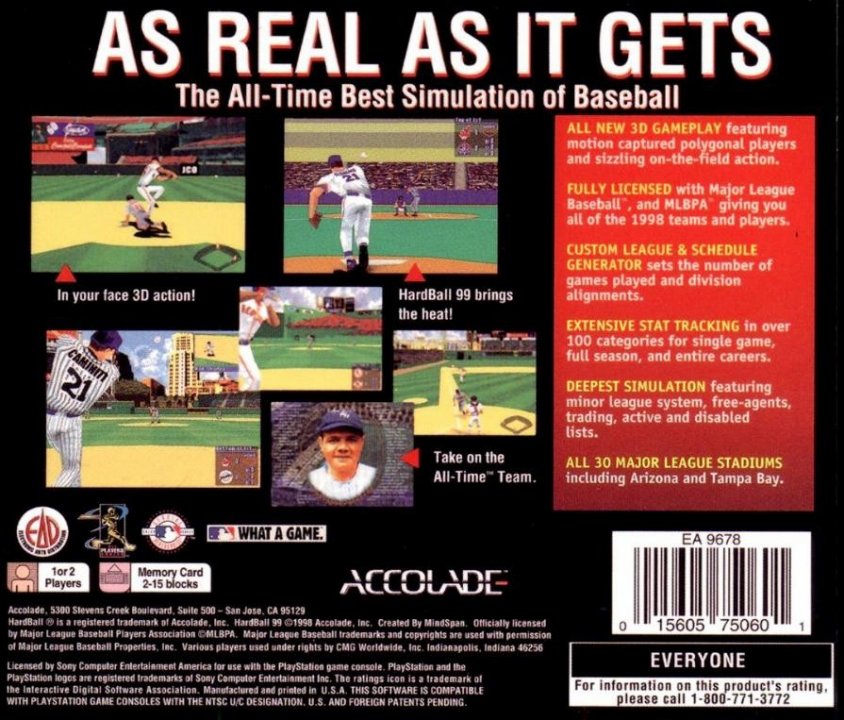 Hardball 99 is a baseball simulation. Hardball 99 follows up on Hardball 5. It is the first in the series to feature 3D enhanced graphics. It also has full Major League Baseball licensing, which allows the use of all real player names and teams. Gameplay modes include: Dynasty Dlay in which players get older over time which will effect their capabilities, Interleague Play, Consecutive Season Play with the amateur draft, and a custom league and schedule generator. An All-Time team that stars famous players from the past is included as well. 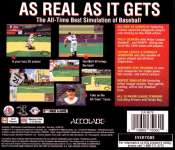 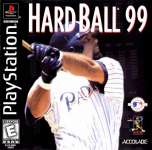