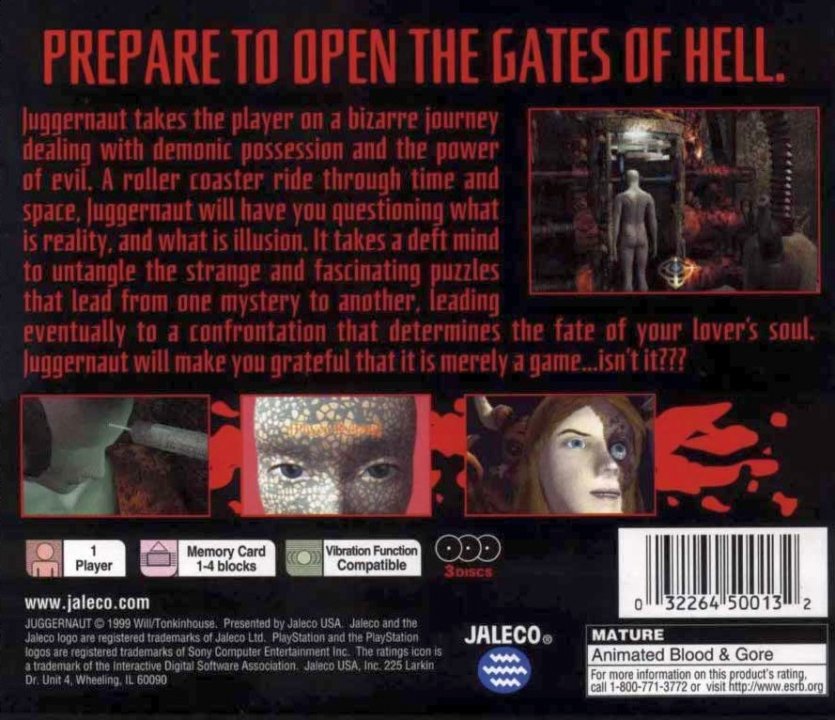 Juggernaut is a slow-paced, point-and-click adventure in the same vein as the PC title Myst. It tells the story of a young woman named Sarah who, after having received an antique bottle as a gift from her boyfriend, opens it only to be consumed by an enigmatic, evil force. Having inadvertently caused her plight, players assume the role of her boyfriend who, aided by a priest, must venture into her mind, defeat the being that now resides there, and ultimately, save her soul. The gist of the gameplay consists of moving about a series of static screens, collecting items and objects for later use, and solving puzzles in order to progress further into the game. An onscreen compass allows players to determine in which cardinal direction they're able to proceed. Movement between these screens is facilitated by pressing the appropriate direction on the D-pad. If the scene contains any interactive elements, a cursor is displayed that can be moved about the environment, allowing players to investigate or manipulate whatever they are. 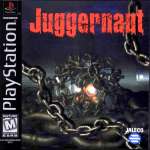