Players choose one of 14 martial arts experts to lead to ultimate victory in this 3D fighting game from A1. Players can customize such details as fighting style, toughness, and even glove weight to find a fighter who matches their preferences. Guide your kickboxer from a rookie beginner to a contender for the heavyweight title. A two-player mode allows rivals to face-off in head-to-head bouts. At the onset of the game, only four of these fighters are available, but by beating opponents in the game's somewhat cheesy Story mode, gamers will eventually have 14 fighters to choose from. After completing the daunting task that is Story mode, players will have an even better time competing in the game's primary Ranking mode. Here they must fight anywhere between three and 12 fighters to win the title belt and gain valuable experience points. After winning a title, they can then defend their title to gain more points or open up new championship tournaments. While there are no rewarding endings or additional special characters to be earned, Ranking Mode is enjoyable enough to bring players back again and again. 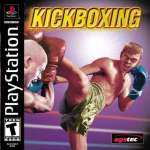 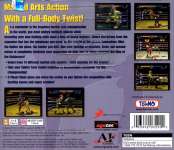