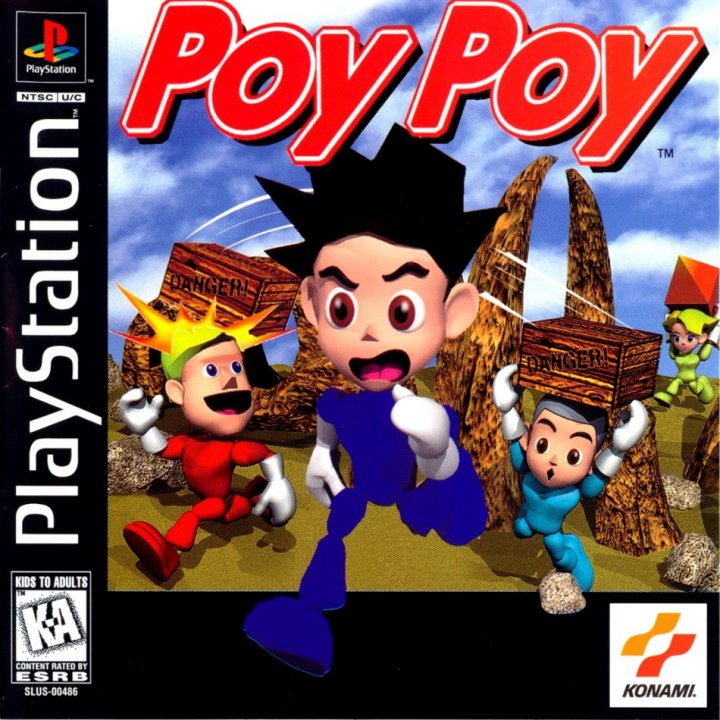 Poy Poy is a multiplayer party game at heart. Grab a multi-tap and four friends and take part in an ultimate battle of skill and wit. The idea is to be the last man standing in this arena based combat game. But don't worry if you can't find a multi-tap or four friends. There's plenty of AI characters to battle in various tournament modes and you can also play a 2 player deathmatch (with or without computer opponents). If it sounds fun now, wait 'till you play it... Set in seven different 3D environments strewn with throwable objects, the game challenges you to a match against three other opponents armed with logs, rocks, ice blocks, and atomic bombs. If you run out of stuff to throw, you can toss your opponents around too. Each hit drops your life meter, so be careful who you pick a fight with. 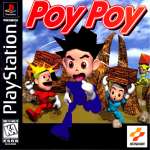 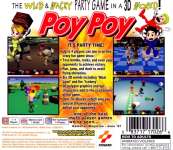