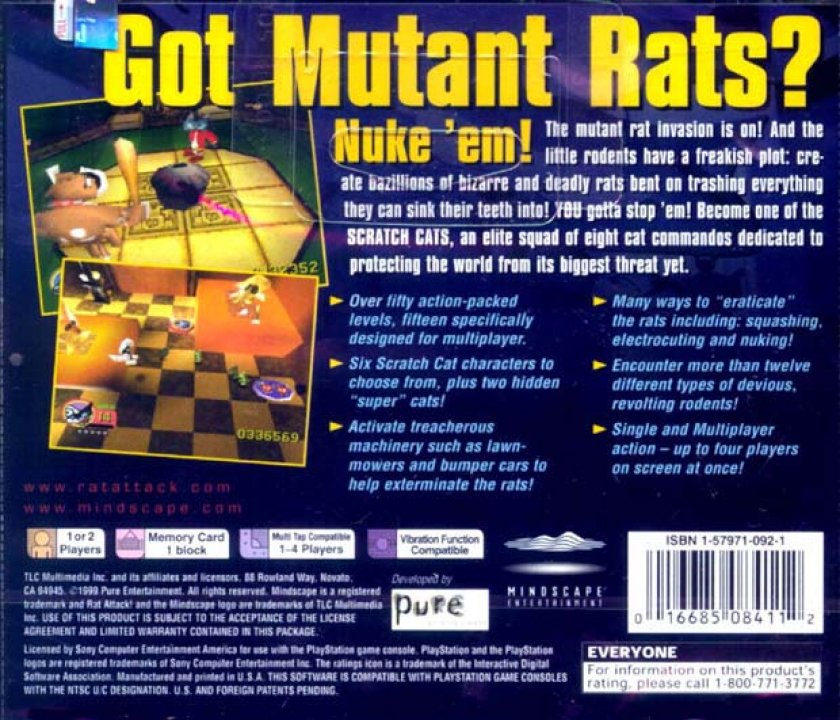 Rat Attack! is an action-oriented puzzle game that has players trying to contain as many rambunctious rats as possible within each stage or level. Played from an overhead perspective, the game stars eight felines called the Scratch Cats, who agree to use futuristic devices to ensnare their prey as quickly and as efficiently as possible. Gameplay involves using the analog stick to box in one or more rats before carrying them to a designated ring called the "destructor." As players frantically move to eliminate rats from each area, they will run across power-ups like speed boosts or shields to make the job easier. Time is of the essence, as the varmints will do their best to destroy specific objects in each of the 50 single-player stages. Rat Attack! also features three multiplayer modes: Beat the Clock, Score Chase, and Rat Chase. Up to four players will compete to remove rats within a time limit, to reach a certain point total, or to eradicate their color-coded rats before their rivals. 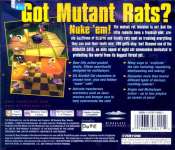 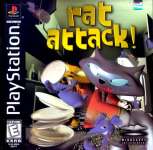