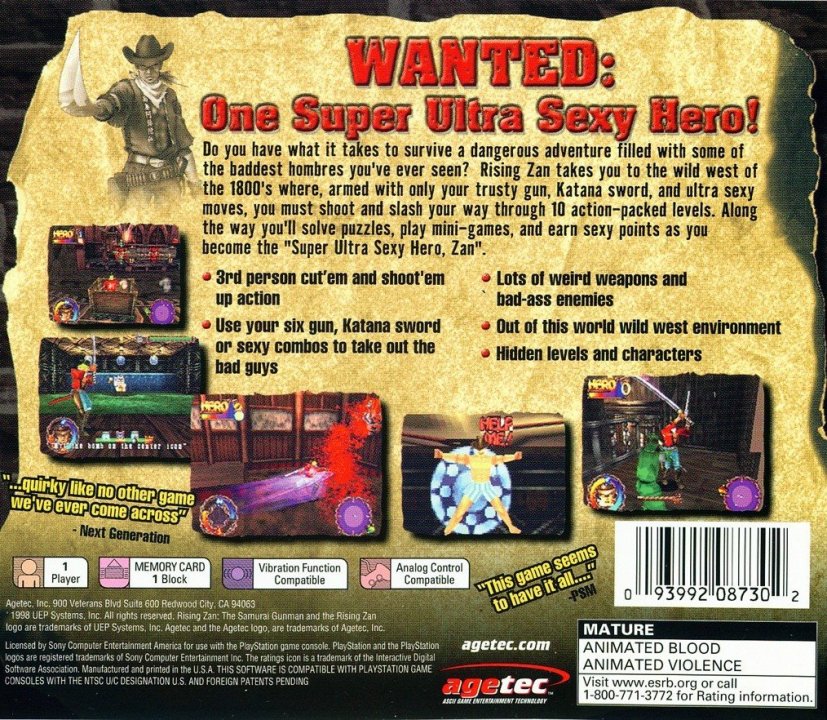 Rising Zan is a 3rd person action game with plenty of oddball humor and interesting situations. Zan, the main character wields the weapons of both of his trades... the Sword of a Samurai master, and the six-shooter pistol of an American cowboy. He'll need a variety of techniques to defeat the Jackal Clan and avenge his own lost battle. Zan proceeds through enemies and challenges in each level to eventually reach the boss who he then battles in some form of specialized combat or pattern. Once the boss is defeated, Zan gets the chance to unleash as much punishment on his foe in 30 seconds as he can; higher damage values will change the finishing move he uses to slay his foe. 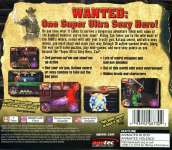 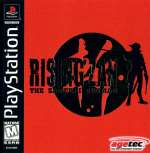 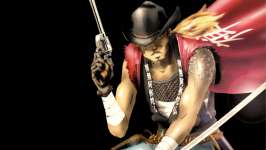