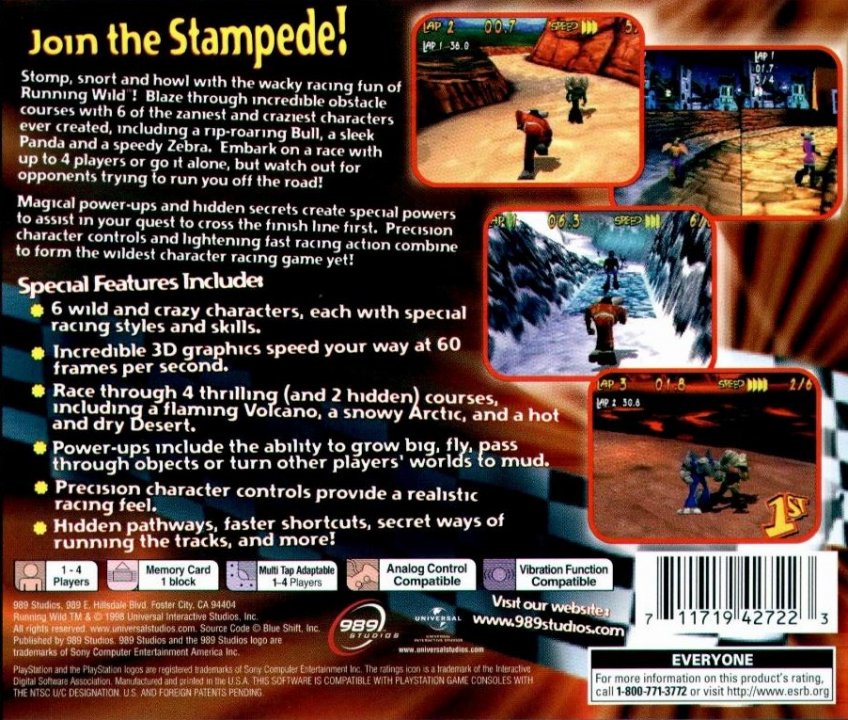 A racing game in the purest sense of the word, Running Wild pits six bipedal animals against one another in a footrace across six diverse environments (two of which must be unlocked), with the sole aim of being crowned the fastest animal on the planet. The menagerie of racers includes Mei-Ling the panda, Gwynn the rabbit, Brazz the zebra, General the mountain ram, Coronado the bull, and Boris the elephant. The courses, taking place in remote locations such as the arctic, jungle, and desert, are littered with hazards and power-ups to both aid and hinder your progress. The former is made up of a plethora of obstacles such as pipes, ice and lava pits, thorn patches, and other such impediments, many of which must be cleared using your animal's innate jumping ability. The power-ups provided allow characters to fly; turn into ghosts in order to avoid obstructions; transform the course into mud or ice or even increase in size in order to squash any competitors in their path. Speed strips are scattered about the locales and will provide much-needed boosts when run over. 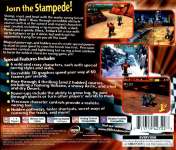 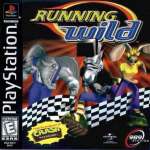