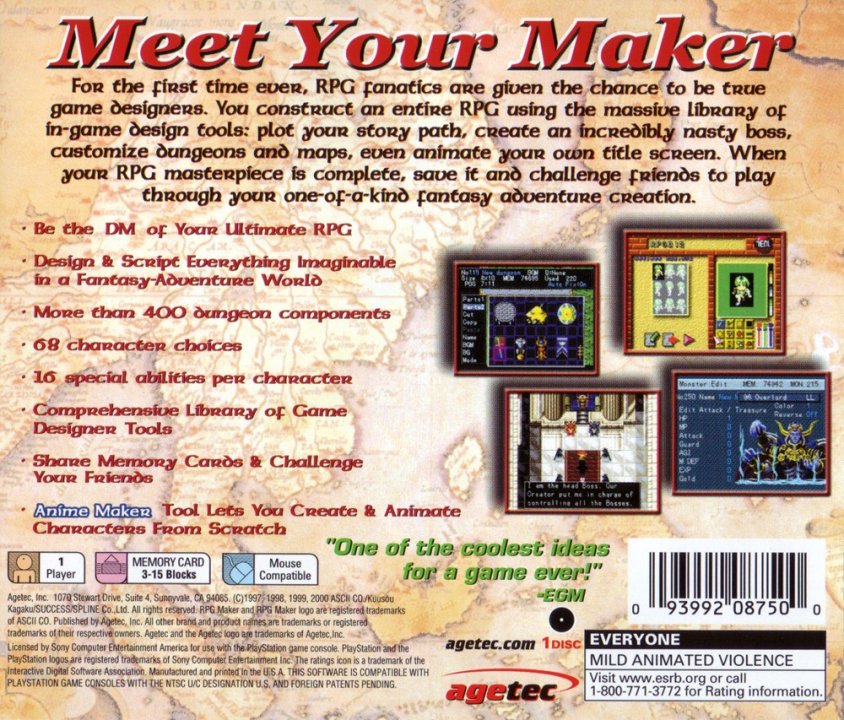 In RPG Maker, players with absolutely no programming experience or prior game-production skills can make their own role-playing quests and save them to the PlayStation memory card for themselves or a friend to enjoy. The world creation in the game is tile-based, and the entire game is done in the 2D style of 16-bit era RPGs. Players can create characters, towns, dungeons and script action to move along at a certain pace. They will place treasures, enter dialogue and create events that are triggered by certain actions within the game world. Although players can create nearly anything they like with the game, it must be more or less contained in a fantasy theme, as the only graphics available adhere to that specific genre. Within that genre, however, the possibilities are varied, and you can make your new RPG a massive epic or a short jaunt. It can be utterly serious or laced with juvenile humor. Also contained within RPG Maker is a mode called Anime Maker, where those with the desire can create 2D pictures and animate them accordingly. 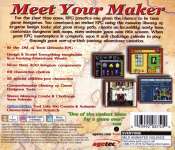 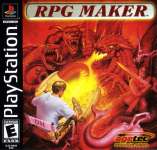