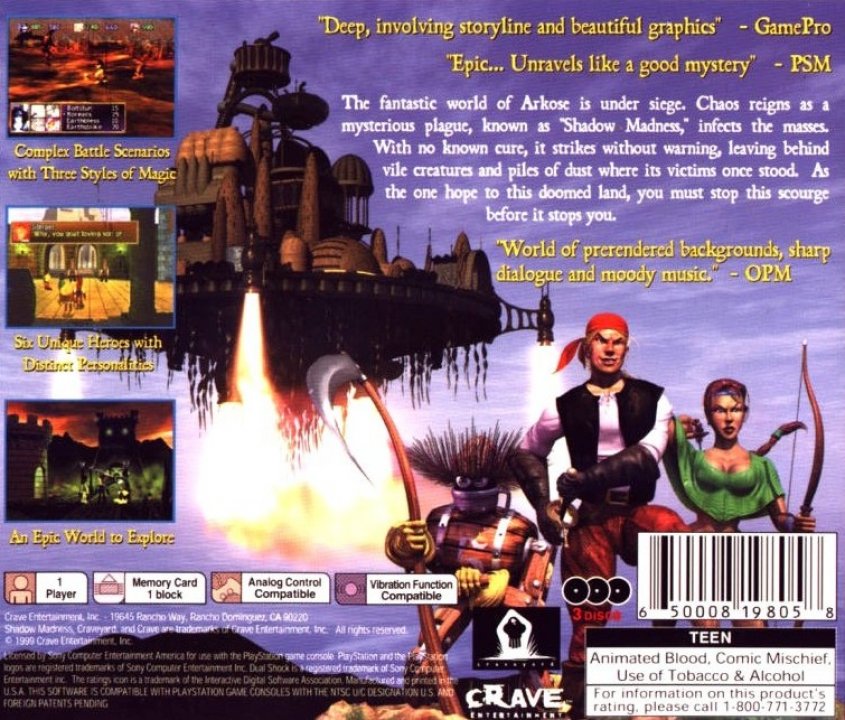 Stinger returned home one morning after a night out of town to a horrible surprise. A mysterious force had destroyed his coastal hometown, leaving few survivors. Unable to even determine the remains of his own house, the young man was now an orphan. Upon meeting a mystic named Windleaf, the two decided to embark upon a journey to find out what happened. Their adventure in Shadow Madness will span across the entire fantastic world of Arkose, even to the unexplored area known as Wyldern. Meeting up with four other unique warriors along the way (the droid-like Harv-5, a magical floating head named Xero Von Moon, a cyborg-like Gadgeteer called Clemett and Wyldern-native Jirina), the group strives to seek out and destroy the source of Arkose's destruction. In classic RPG style, they'll confront evil minions through random encounters, avoidable if the party hides quickly enough upon hearing the wild sounds of the enemy. After each successful encounter, the party is rewarded with experience points, often accompanied by gold and items useful to its journey. Once characters have enough experience points, they advance in level, increasing such abilities as attack strength, defense, agility (ability to evade attacks), prowess (ability to strike hits) and speed (how often they can attack). 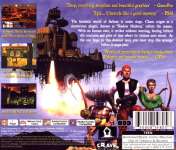 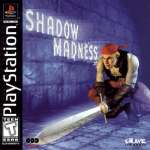