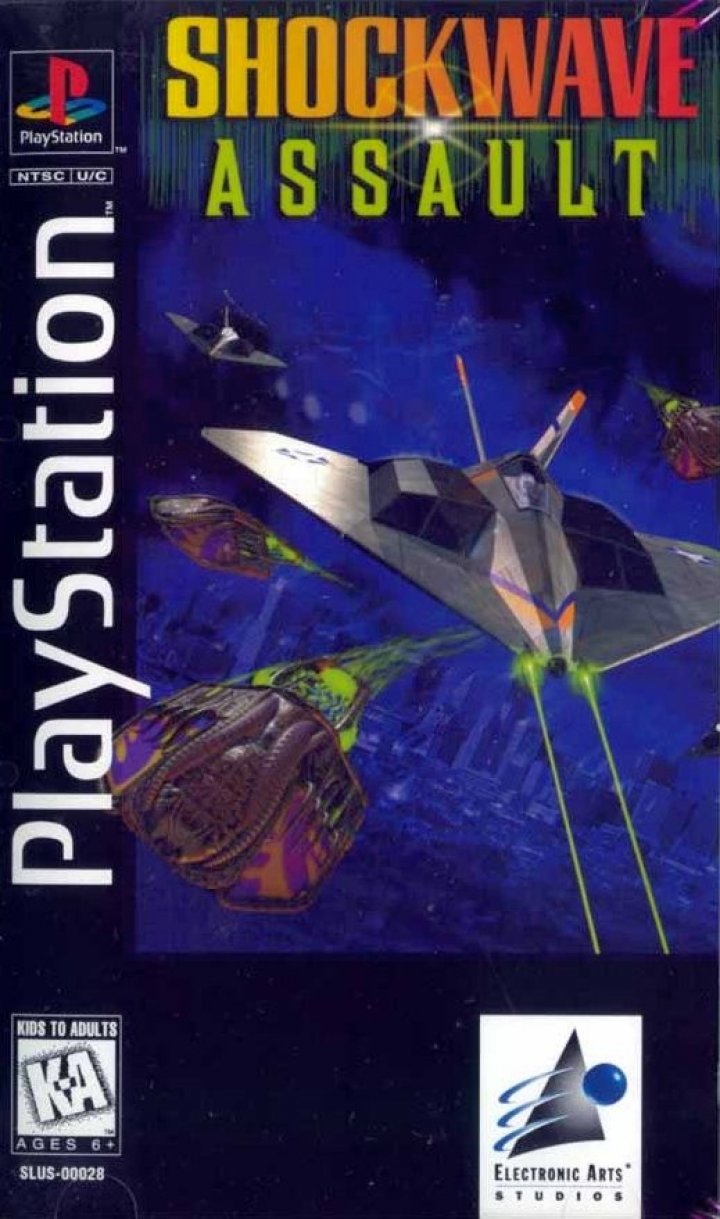 Shockwave Assault is a science fiction flight combat shooting game for the PlayStation, Sega Saturn, PC and the Macintosh. The player takes on control of a futuristic plane to defeat many extraterrestrial ships and tripods. The plane's main weapons are lasers and rockets.. The first disc takes place on earth where the player must liberate the planet from the alien invaders. Aliens attack and nearly destroy Earth. Now, a handful of fighter pilots must battle the aliens in 15 missions of intense combat in order to save the planet from annihilation. To survive, the pilots will have to navigate 3D terrain including jungles, deserts, and cities. Once the Earth is free of the alien menace, you must enter space and put a permanent end to the threat by blasting the aliens light years away. Only you can save the planet from destruction in SHOCKWAVE ASSAULT. In Shock Wave, the player takes the role of a rookie pilot, defending the Earth from an alien invasion. From the cockpit of the F-177 fighter, one shoots at the alien walkers and fighters with lasers and missiles, rearming and refueling at supply depots when necessary. The story is told with live-action cutscenes. 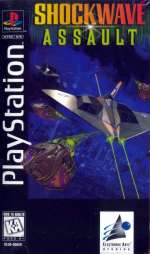