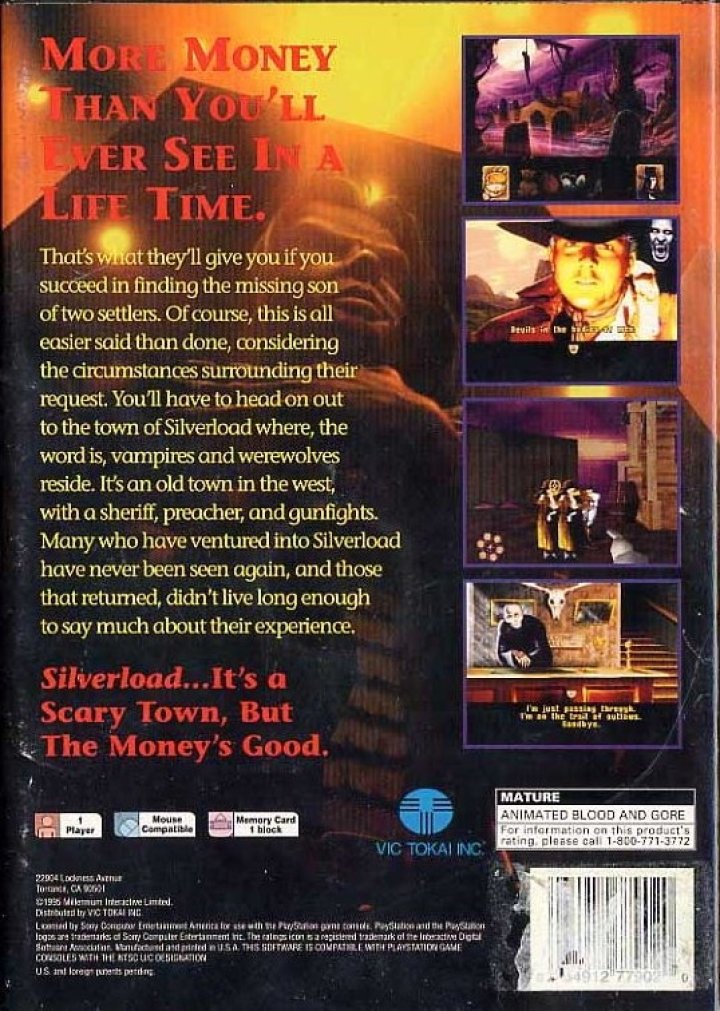 SilverLoad is the title of a graphic adventure video game produced by Vic Tokai in 1996. In this single-player game, you control, via a first person perspective, a Wild West cowboy as he ventures into a haunted town in order to save two children that were taken from their parents. The U.S. based Entertainment Software Ratings Board gave the game a "M" rating for its graphic violence, blood and gore, and bits of profanity. The game was released for the personal computer in Europe, and the original PlayStation edition was given an international release. As is the case with other graphic adventure games, progress in SilverLoad involves finding and interacting with various "hot spots" in order to pick up objects, solve puzzles and interact with (or kill) the various characters in the town. Picking up certain objects will cause the game's (and town's) clock to move forward, and thus, the trick to success is to pick up the right items in the precise order. Otherwise, you have to restart the game from the beginning, or from wherever you saved the game. 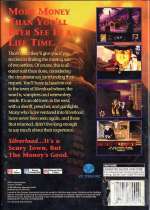 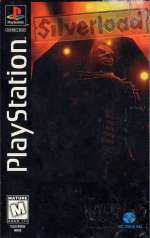