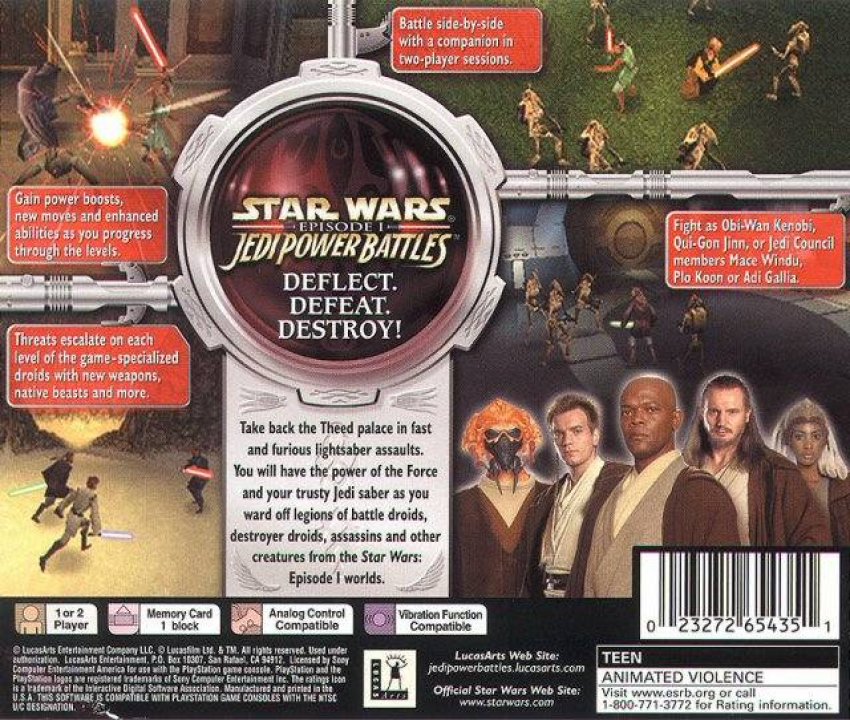 Take back the Theed palace in fast and furious lightsaber assaults. You will have the power of the Force and your trusty Jedi saber as you ward off legions of battle droids, destroyer droids, assassins and other creatures from the Star Wars: Episode I worlds. Battle side-by-side with a companion in two-player sessions. Fight as Obi-Wan Kenobi, Gui-Gon Jinn or Jedi Council members Mace Windu, Plo Koon or Adi Gallia. Gain power boosts, new moves and enhanced abilities as you progress through the levels. Threats escalate on each level of the game-specialized droids with new weapons, native beasts and more. 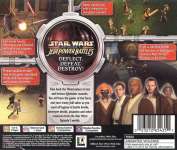 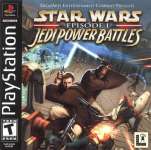 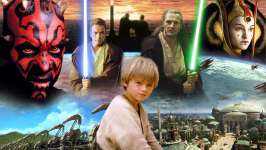