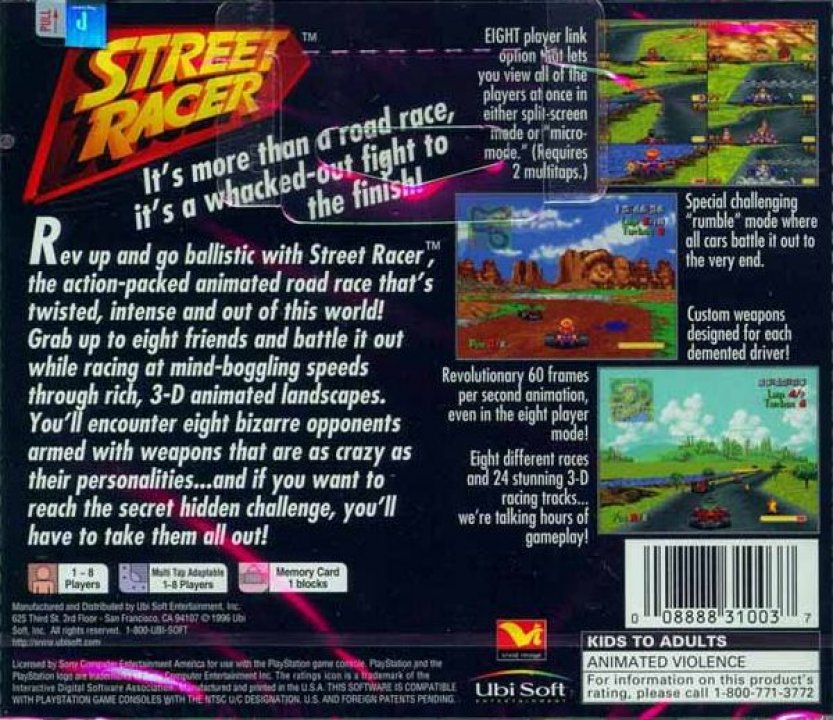 Just as Street Racer for the Super NES is similar to Super Mario Kart, Street Racer for the PlayStation is similar to Mario Kart 64. Filled with twists and turns, this go-cart racing game allows you or you and a friend to choose from eight different cars, each with its own distinctive character behind the wheel. Up to eight people may play if you have two Multi-Tap controllers. Each character has his or her own unique weapons. For example, Surf Sister uses Expanding Beach Balls to push other cars out of her way, and her Magnetic Attraction lures cars close so she can use her patented Beach Towel Flick. Another character, Frank Instein, has a Screaming Banshee to scare other players, a batmobile to charge into other players, and a Big Monster Mash punch. Speaking of punch, while the object of this game in each of the 24 tracks is to beat the other seven racers to the finish line, a good part of your time will be spent engaging in combat. 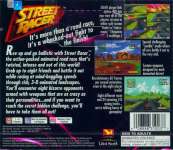 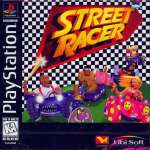