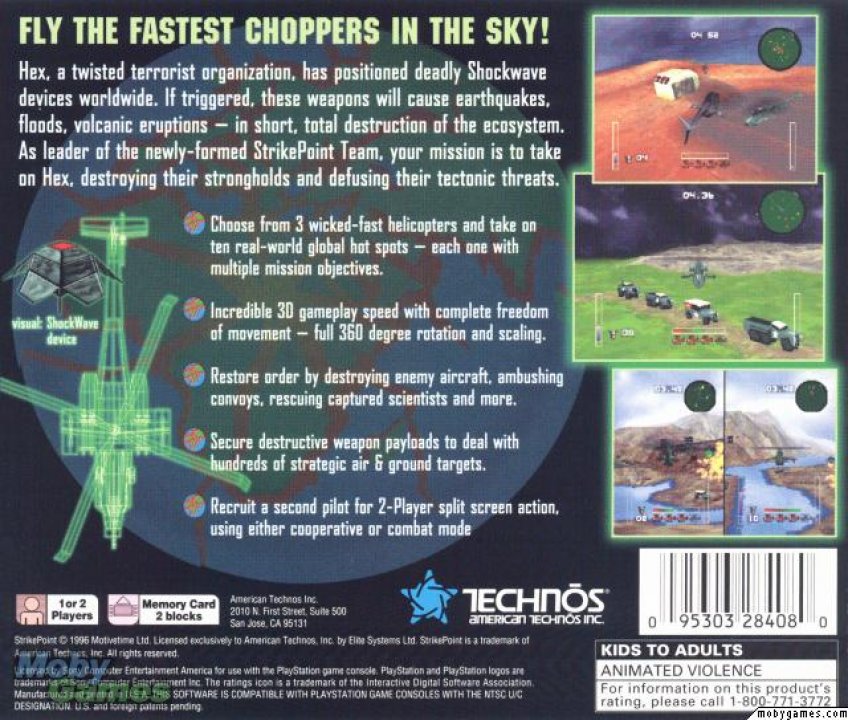 The terrorist organization named Hex has placed deadly ShockWave devices worldwide. If triggered, they will cause total destruction of the ecosystem. You must lead the newly formed StrikePoint helicopter team against the forces of Hex, destroying their strongholds and defusing their tectonic threats. The game contains 10 global hotspots that you can attempt in any order you choose. Each hotspot contains its own set of missions. Some of the missions you will be sent on will involve destruction of enemy aircraft and artillery, ambushing and elimination of enemy convoys, rescuing of ally scientists, and most importantly collecting and defusing all untriggered ShockWave devices. You can choose to fly one of three different types of helicopters to accomplish your goals. 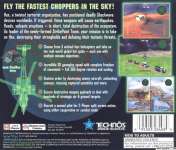 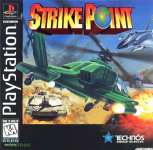