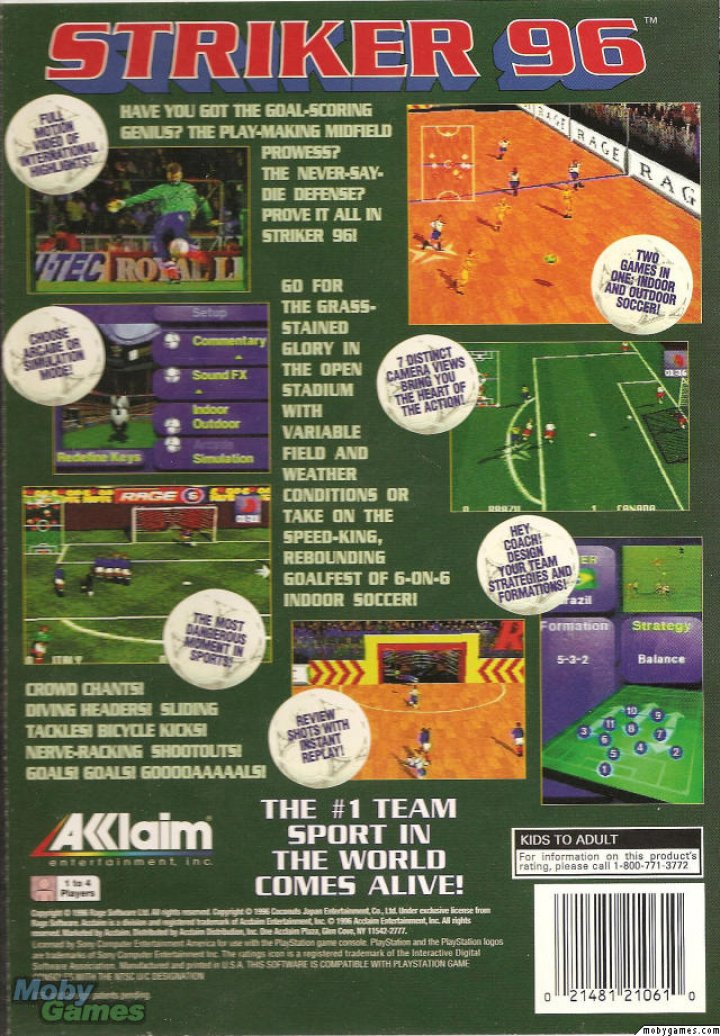 This game is the 1996's edition of the Striker football series from Rage Software and the first one in the Playstation One console. Graphics combine a 3D pitch with 2D player sprites. The game includes multiple camera angles as well as different weather effects. You can modify any team's roster, select basic formations, time limits, difficulty, etc. Select from 41 international teams and take part in either friendly games, league, or cup tournaments. Also included is a 6 on 6 indoor mode, and multiplayer support for up to 4 players using Gravis's GrIP system or through a network. 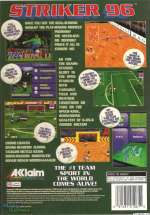 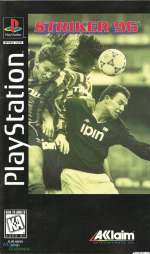