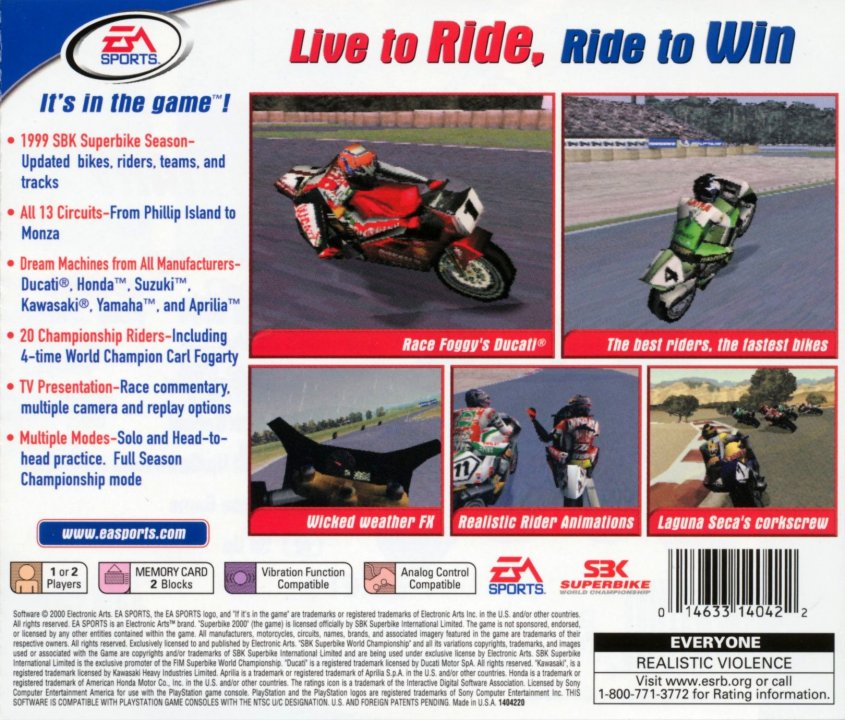 Straddle 150 horsepower of mechanical muscle and blast across 3D renditions of real-world tracks in EA Sports' sequel to 1999's Superbike World Championship. The game is designed to simulate the excitement and challenge of high performance motorcycle racing and features several champion riders to compete as and against. This PlayStation version of the game offers a split-screen mode for two-player head-to-head racing. Features: * Race all 13 circuits from the 1999 season * Hit the macadam on one of six superbikes including Ducati, Honda, Suzuki, and Yamaha 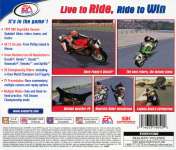 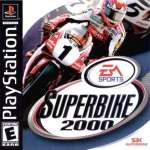