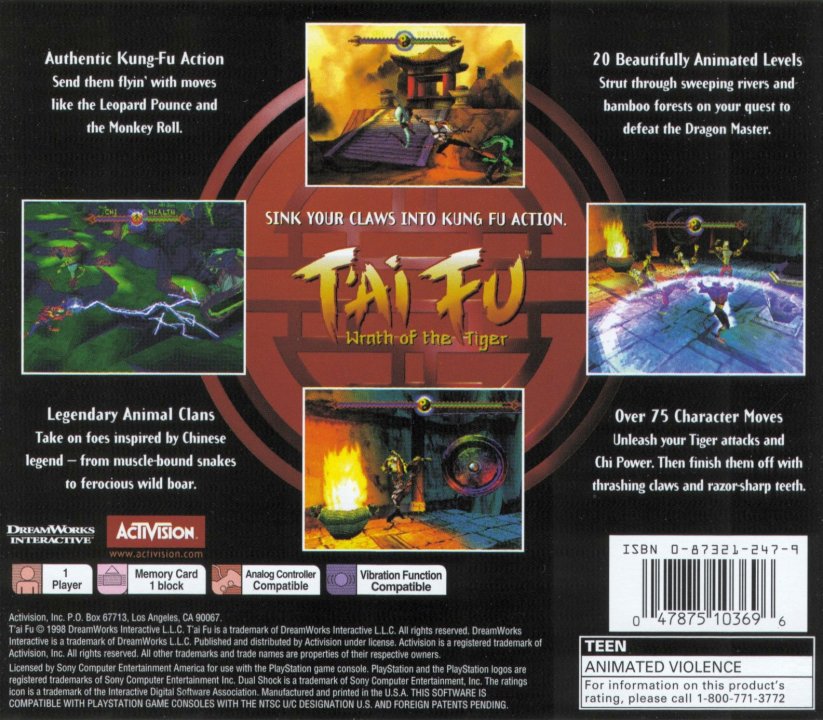 T'ai Fu: Wrath of the Tiger

T’ai Fu - Wrath of the Tiger is a PlayStation game released in 1999. The game is set in an oriental landscape populated by clans of animals, such as Leopards and Snakes. The game's protagonist, T'ai Fu, is the last remaining survivor of the Tiger clan and must journey to defeat the Dragon Master and avenge his kind. On the way, he learns about his clouded past and masters several Kung Fu styles, one from each clan master he defeats. 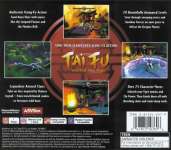 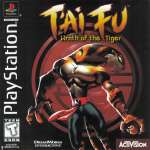