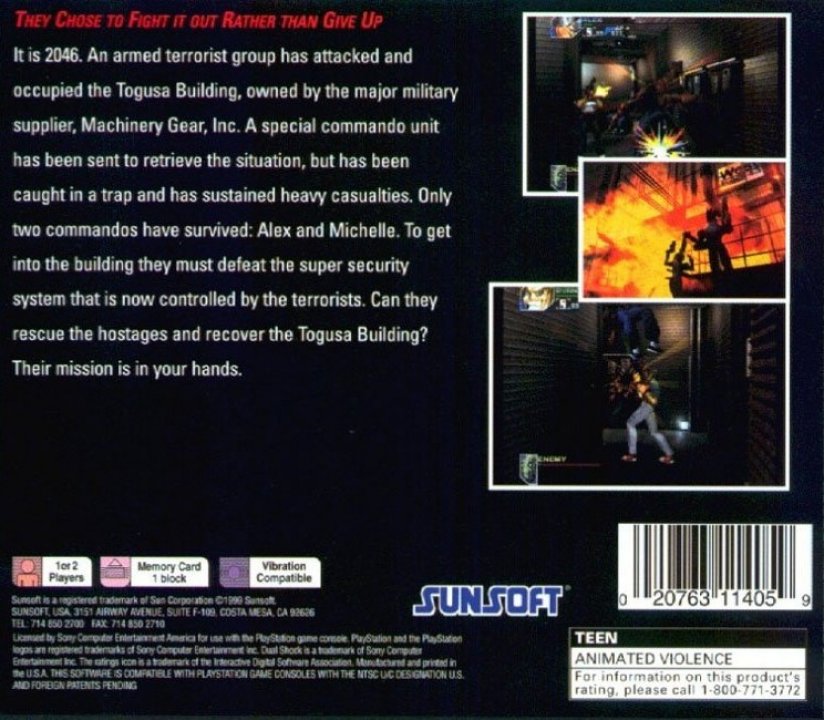 As a member of the specialist force T.R.A.G, or "Tactical Rescue Assault Group," you're tasked with infiltrating the Togusa building and eliminating the terrorist threat inside. Inevitably, things don't go as planned, leaving only two members of the team alive, with no contact to the outside world. After selecting the male Alex or female Michelle, players must work their way through the building, destroying enemy units, solving puzzles, and defeating boss characters in order to advance. The caveat however, is that the two team members must work together, requiring players to constantly switch between both characters to complete the tasks at hand. Each character is armed with a unique weapon as well as an array of basic combination attacks executed via simple button and D-pad presses. 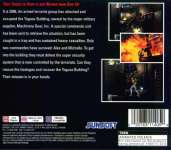 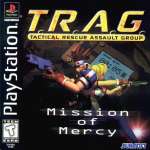