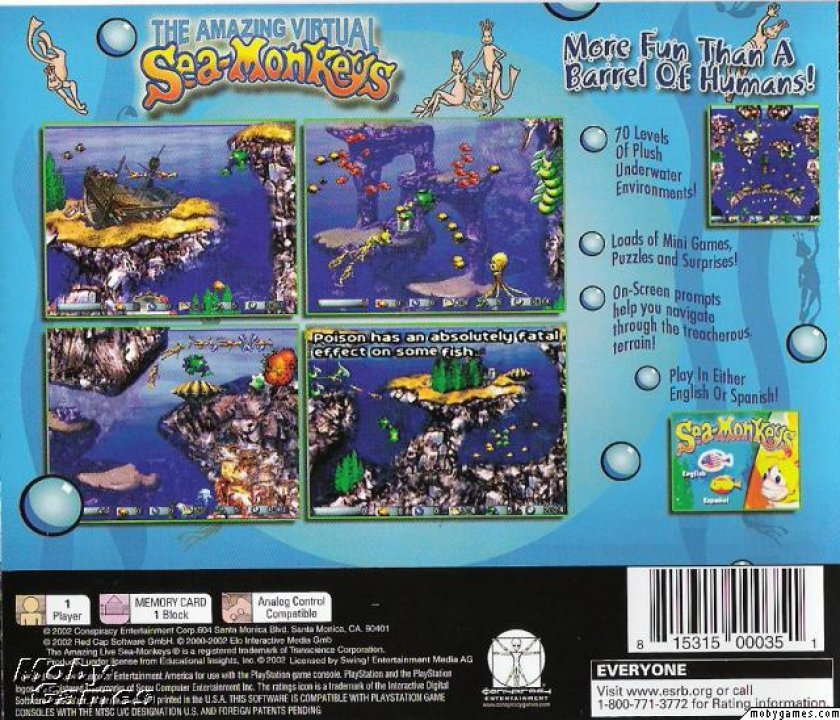 The Amazing Virtual Sea-Monkeys float their way to the PlayStation in a life-development simulation set in a sprawling 70 levels of undersea environments. Players are challenged to lead the newly hatched sea-monkeys to the safety of the Venus Shell, but must do so without any direct control over them. Instead, players control Nautila, the sea-monkey's protector and guide, who is a 358-year old fish that uses her multi-purpose long nose for various actions. Predators, traps, plants, and objects stand in the way of getting her charges to safety, but Nautila can use some underwater creatures to help control the frisky sea-monkeys. Ollie the Octopus, goldfish, blowfish, jellyfish, lantern fish, dogfish, and more can all be harmful in some ways to the sea-monkeys, but their characteristics can also be harnessed by Nautila to good advantage. Other gameplay elements include using bubbles to either protect sea-monkeys or imprison their enemies, collecting a certain number of goldfish to clear levels, and the requirement to rescue a specific number of sea-monkeys within pre-set time limits per level. 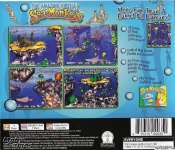 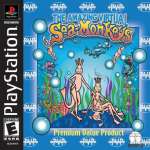