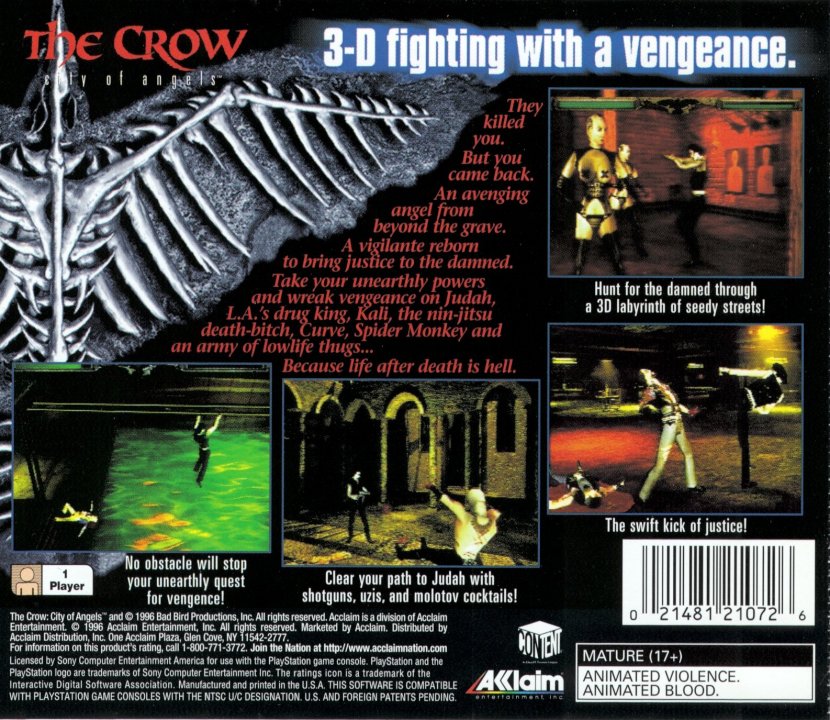 The Crow: City of Angels

3-D fighting with a vengeance. They killed you. But you came back. An avenging angel from beyond the grave. A vigilante reborn to bring justice to the damned. Take your unearthly powers and wreak vengeance on Judah, L.A.'s drug king, Kali, the nin-jitsu death-bitch, Curve, Spider Monkey and an army of lowlife thugs... Because life after death is hell.. 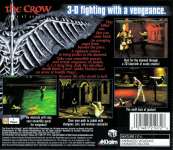 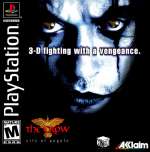