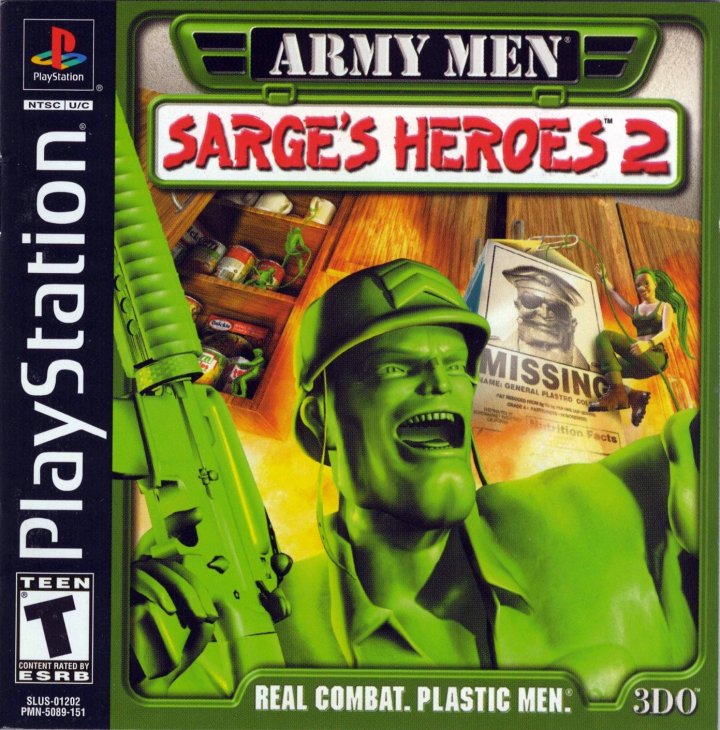 When you're only an inch-and-a-half tall, the guest bathroom becomes a huge landscape filled with challenge, mystery, and danger. Familiar kitchen, bedroom, and backyard scenes viewed from a tiny perspective once again become the setting for Army Men: Sarge's Heroes 2. Animations are smooth, with the familiar Toy-Story-styled blend of 3D cartoon-like characters in a realistic environment. A sense of humor is evidenced in some of the death-scene animations and elsewhere. Of course, Army Men: Sarge's Heroes 2 features the "Plastosheen" dynamic lighting effects familiar to fans of the earlier games in the series. The title also includes a variety of new weapons that are instrumental in carrying out missions for the lantern-jawed Sarge, including shotguns, grenades, and flamethrowers. The most notable improvement in this second release in the Sarge's Heroes series is the addition of a third army - the Blues. Beware Brigitte Bleu, the beautiful but deadly spy working for nemesis General Plastro. Mission objectives are more developed and varied in this version of the game as players are required to eliminate certain targets, defend specific areas, or rescue captured comrades for success. Army Men: Sarge's Heroes 2 also improves on the character control and AI available in the first game. 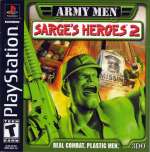 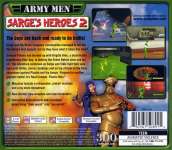 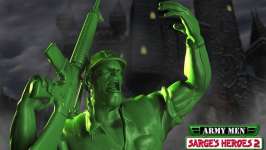