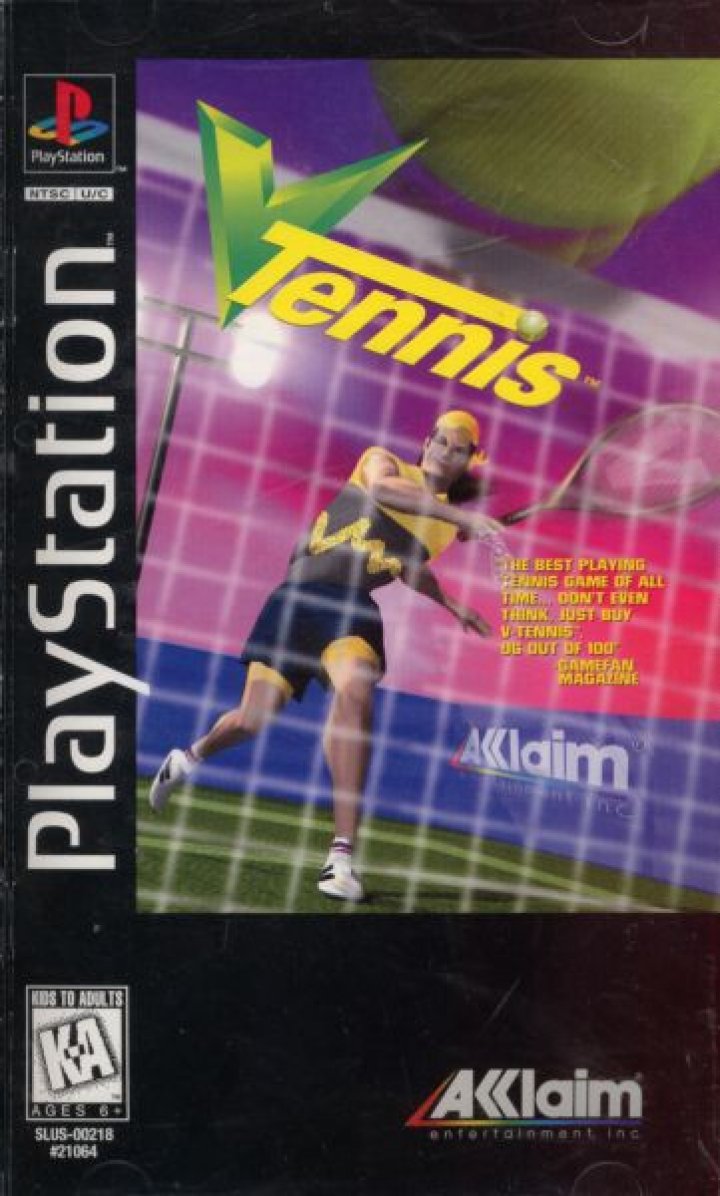 Tennis anyone? V-Tennis features texture-mapped polygon players and nine different camera views to give you the best look of the court. Still don't like the perspective? Edit your own! Select from 16 players (eight males and eight females), four court surfaces, seven different court locations and nine different ball colors. Game modes include Doubles, Singles, and both Men's and Women's Tournaments. Matches can be adjusted from one to five sets and instant replay will let you see those aces in slow motion. A memory card is required to save Tournament progress. 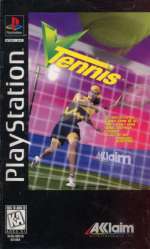