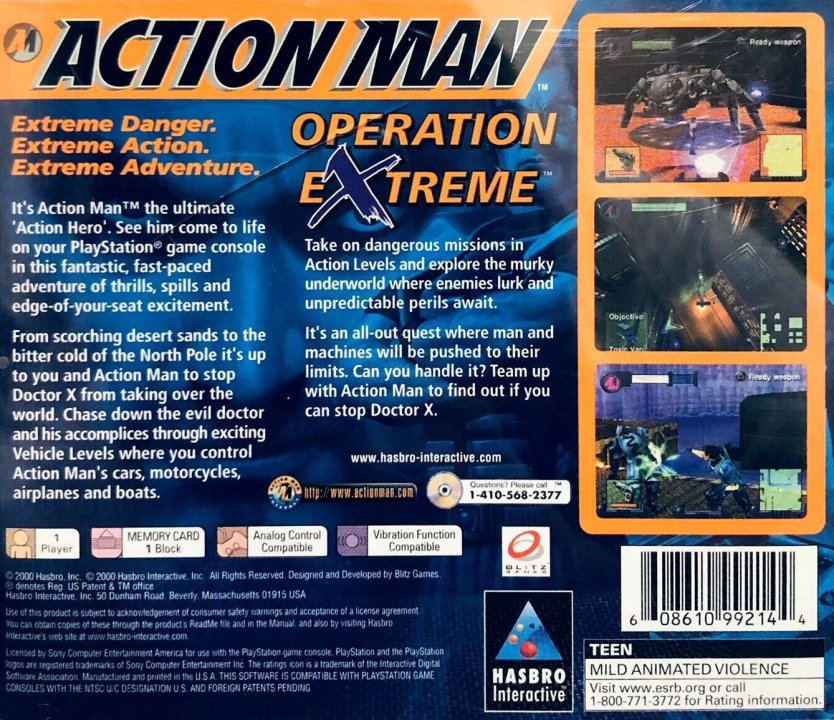 Action Man: Operation Extreme features two different gameplay modes that you switch back and forth from during the course of play. The first is a top-down vehicular portion, where the perspective and controls are quite similar to the Grand Theft Auto series. You'll need to chase down the enemy vehicles with your own trusty assortment of cars, motorbikes, and the like, blasting them until they slow down for good. After this, it's on to the third-person action levels, where you control Action Man from behind the back as he makes his way through enemy territory, and must occasionally solve puzzles to get out of whatever predicament he's found himself in this time. The game's levels feature a myriad of locales, from evil villains' bases to the burning sands of the desert to the arctic chill of the North Pole. You'll face many of Action Man's most notorious fiends during the adventure. You have a host of weapons, from your trusty hand-gun to automatic weapons and even a sniping rifle. 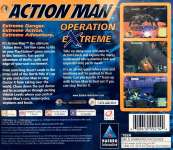 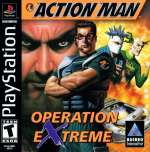