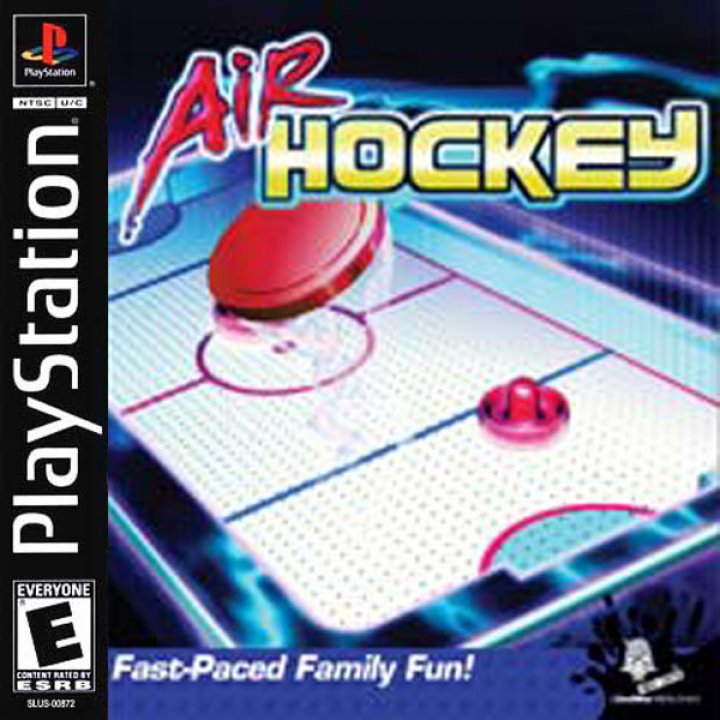 Air Hockey (Hooockey!! (SuperLite 1500 Series)) is a budget air hockey game for the PlayStation. There are four characters available to either play as or to face off against. The aim is to have a higher score than your opponent when the timer hits zero, and to make that a little easier there are bonuses strewn across the table. Some are activated upon touch, while others are stored with the player until used. The only two gameplay options are 1 player versus the computer or 2 players versus each other. Strange & futuristic hockey game with cartoon graphics. 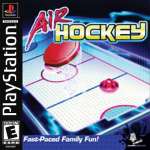