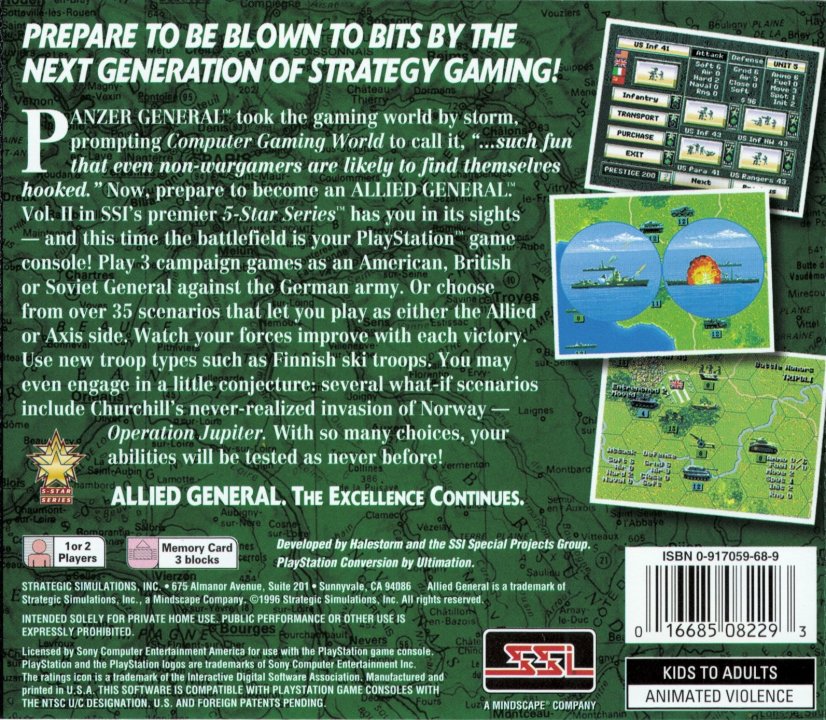 Allied General is the sequel to Panzer General and uses the same turn-based gameplay mechanics. This time the player experiences World War II from the Allied point of view during two British, one U.S. and one Russian campaign. The settings are Europe, Russia and Northern Africa. The most important thing to have are prestige points. These are earned by solving scenarios (more for a little amount of turns) and used to buy replacement units. But this is not the only reason to be concerned about the detailed mission results: surviving units are transferred to the next mission and receive experience points. The campaign is also not completely linear, and the next mission depends on the result of the last - this means a lost scenario does not necessarily result in a game over, and a scarce victory can have devastating results. Of course a great victory has positive effects on the next missions. 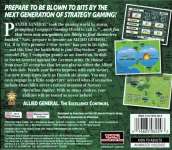 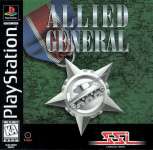