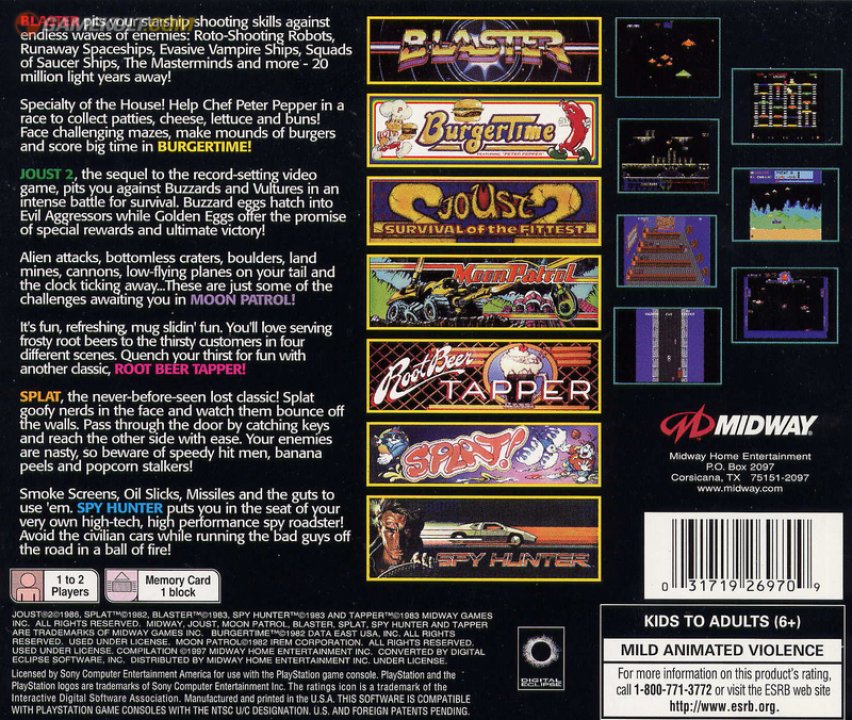 BLASTER pits your starship shooting skills against endless waves of enemies: Roto-Shooting Robots, Runaway Spaceships, Evasive Vampire Ships, Squads of Saucer Ships, The Masterminds and more - 20 million light years away! Specialty of the House! Help Chef Peter Pepper in a race to collect patties, cheese, lettuce and buns! Face challenging mazes, make mounds of burgers and score big time inBURGERTIME! JOUST 2 the sequel to the record-setting video game, pits you against Buzzards and Vultures in an intense battle for survival. Buzzard eggs hatch into Evil Aggressors while Golden Eggs offer the promise of special rewards and ultimate victory! Alien attacks, bottomless craters, boulders, land mines, cannons, low-flying planes on your tail and the clock ticking away...These are just some of the challenges awaiting you in MOON PATROL! It's fun, refreshing, mug slidin' fun. You'll love serving frosty root beers to the thirsty customers in four different scenes. Quench your thirst for fun with another classic,ROOT BEER TAPPER! SPLAT, the never-before-seen lost classic! Splat goofy nerds in the face and watch them bounce off the walls. Pass through the door by catching keys and reach the other side with ease. Your enemies are nasty, so beware of speedy hit men, banana peels and popcorn stalkers! Smoke Screens, Oil Slicks, Missiles, and the guts to use 'em. SPY HUNTER puts you in the seat of your very own high-tech, high performance spy roadster! Avoid the civilian cars while running the bad guys off the road in a ball of fire! 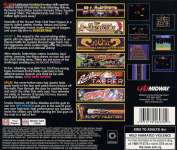 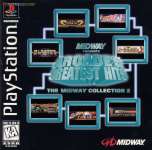