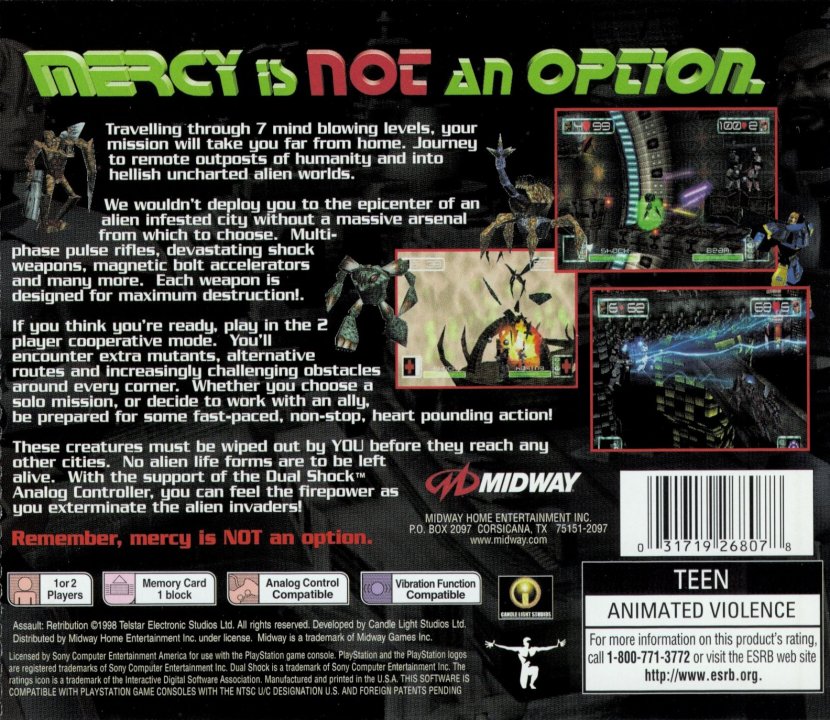 Assault: Retribution supplies you with some of the best firepower modern technology can provide, as well as various customization options to ensure "better living through quick death disbursement." Washington utilizes a barrage of destructive weaponry such as the P-420 Multi-Phase Pulse Rifle and the aptly named Cutter; Doyle uses a variety of Homing Missiles, Beam Lasers, and the D-16 Magnetic Bolt Accelerator. There's also a plethora of pickups including weapon upgrades, health, ammunition recharges, smart bombs, extra lives, and shields. Save points within each level let you resume the killing when it is most convenient for you. And (rare as of 1999), there is a two-player cooperative mode in case you feel that one ultimate killing machine just isn't enough. Assault: Retribution is a 3D platform shooting game that takes place across seven futuristic levels, includes two playable characters with alternate routes, analog control, and memory card support. You can't spell action, adrenaline or assault with out an "A," so go out and kick a few! 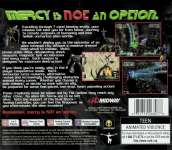 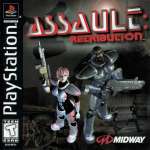 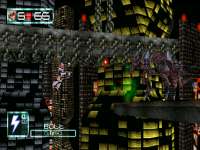 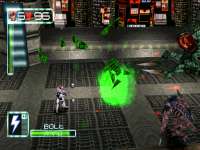 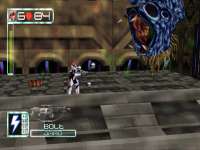 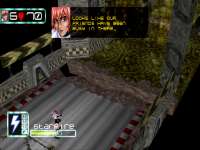