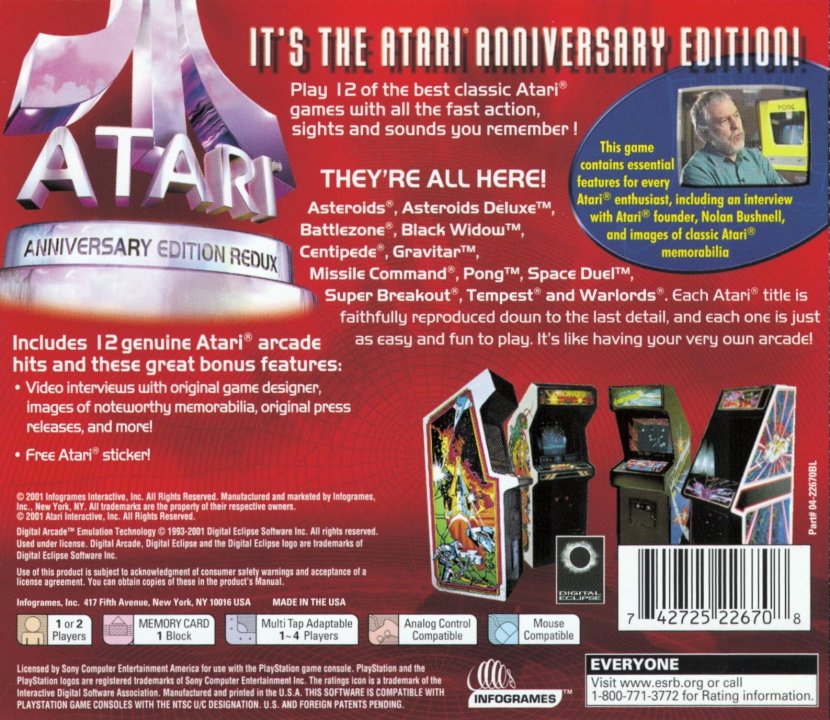 This collection honors the 30th anniversary of Atari, one of the first great companies in the videogame industry by reissuing versions of 12 arcade classics for play on PlayStation systems. Included are Asteroids and Asteroids Deluxe, Battlezone, Black Widow, Centipede, Gravitar, Missile Command, Pong, Space Duel, Super Breakout, Tempest and Warlords. The bundle also includes a souvenir sticker, a video interview with Atari founder Nolan Bushnell, press releases from the original games and images of game memorabilia. Atari Anniversary Edition Redux is mouse and analog control compatible and is multi-tap adaptable for up to four players. In addition to the pure emulation modes, there is an option to display the cabinet art surrounding the display of each game, intended to give the player a sense of actually playing a stand-up machine. Each game also has a toggle for an "enhanced" graphical mode, which varies from game to game. For instance, "enhanced" asteroids merely has a static backdrop, whereas "enhanced" warlords is a complete graphical overhaul with new colors. It should be noted that the "enhanced" version of Tempest is none other than Tempest Tubes, a modification for Tempest made in 1982 by Duncan Brown. 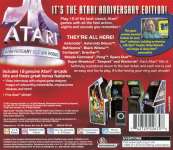 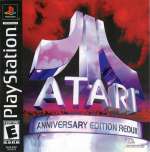