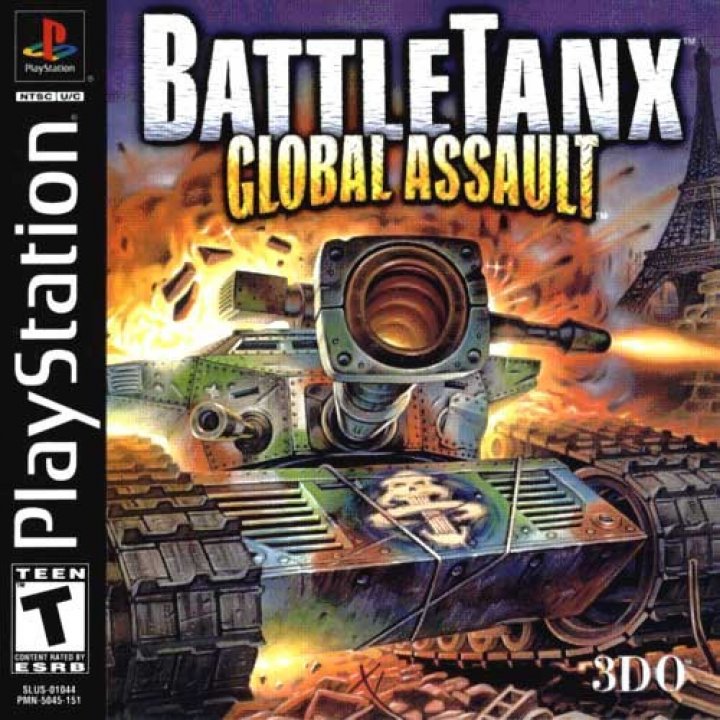 BattleTanx: Global Assault makes its PlayStation debut with more levels than the earlier Nintendo 64 version. Split-screen multiplayer support is also included, but for two players instead of four. The fast-paced action involves motoring across grid-like environments in one of 13 well-outfitted tanks. Solo players can complete 40 search-and-destroy missions in the campaign mode, while up to two friends can blast each other to scrap metal in seven deathmatch, capture-the-flag, and tag variants. Twenty power-ups are available in total, ranging from cloaking and teleporting devices to plasma bolts and guided missiles. Featured levels take place in futuristic versions of San Francisco, Washington, London, Paris, and Berlin, all of which are home to ruthless, tank-driving gangs. Prior to the game's beginning, Griffin Spade set about reclaiming his lost love and establishing his tribe in San Francisco. But the peace he'd blasted out for himself looks to be short-lived as he's having frequent nightmares about a sinister QueenLord. It's up to Griffin to mount up again and with all the finesse that a giant tank can muster and solve the mystery behind this evil woman. And so the stage is set for Battle Tanx: Global Assault. 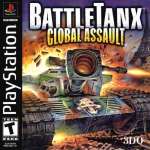 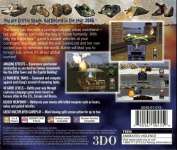