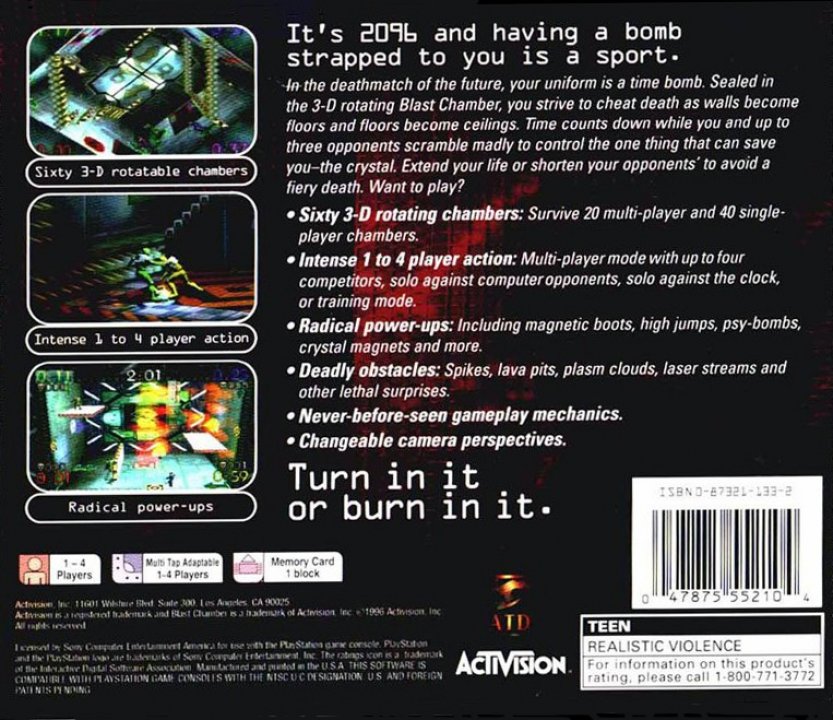 Blast Chamber features sixty levels set throughout rotational 3D chambers. As the chamber moves, the floor becomes a wall and the walls turn into ceilings and floors. The objective of each level is to obtain the crystal within the allotted time and before your competition to progress to the next chamber and avoid a rather gruesome death. There are three different gameplay options. The Solo Survivor is a single player romp featuring forty unique chambers in a race against the clock to maneuver up and down steps, throw switches that alter the playing field, and avoid hazards. Your only enemy is the dwindling time on the clock; if you fail to obtain the crystal when the clock strikes zero, its lights out for you! Supporting four human players via a Multi-Tap adapter, the Eliminator mode is a one shot deal. Incorporating a tournament ladder, you're presented with one opportunity to obtain the crystal; if you fail, you're out of the game ... permanently. The Free-For-All mode is a little more forgiving. The objective of this mode is to die as little as possible within the given time period. In the event you die, you're immediately resurrected. Whichever player has died the least at the end of the game wins. 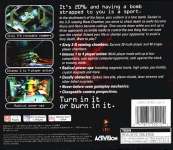 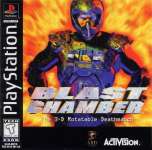