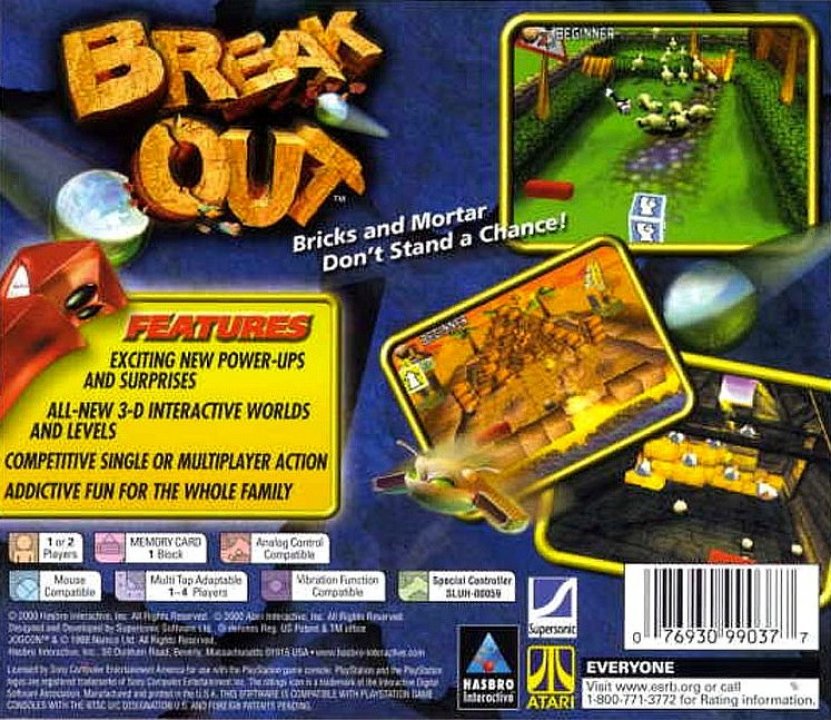 An updated remake of the 1976 Arcade classic of the same name, Breakout for the PlayStation dispenses with the simplistic lines and dots of the original game and adds power-ups, 3D interactive worlds, multiple levels (that must be unlocked) and, of course, a storyline. Only the basic objective remains the same: maneuvering a paddle to keep a ball in play so it can ricochet off a wall of bricks (or other items in this case), effectively eliminating the bricks from the playfield. The Breakout world of 2000 is an island filled with bizarre creatures in the form of paddles and balls. Bouncer enjoys his life their with Daisy, his beautiful girlfriend. All was fine in paradise until one day when Bouncer took a swim out to sea to rescue a ball. While Bouncer was gone, the evil Batnix and his henchmen kidnapped Daisy. 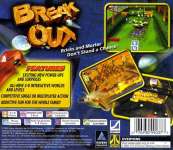 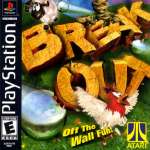