In Darkstone, you are the chosen one to counter Draak's plan to plunge the world into a new Age of Darkness. Character choices are made from four classes (wizard/sorceress, assassin/thief, warrior/amazon or monk/priestess). The overall objective is to track down the seven crystals of the Time Orb, created a millennium ago from the tears of the benevolent goddess Kaliba and restore it. Only then will you have the power of the mighty Orb at your disposal to use as the ultimate weapon against Draak. By the numbers, Darkstone contains four distinct regions of Uma, more than 100 evil creatures based on 30 types of characters, 32 specific spells and nearly two dozen skills (six major). Additional features include full 360-degree movement, more than 30 weapons (some multi-purposed), numerous items and traps and over 200 enemies and characters with which to interact. 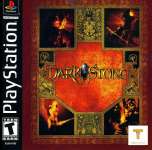 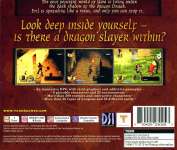