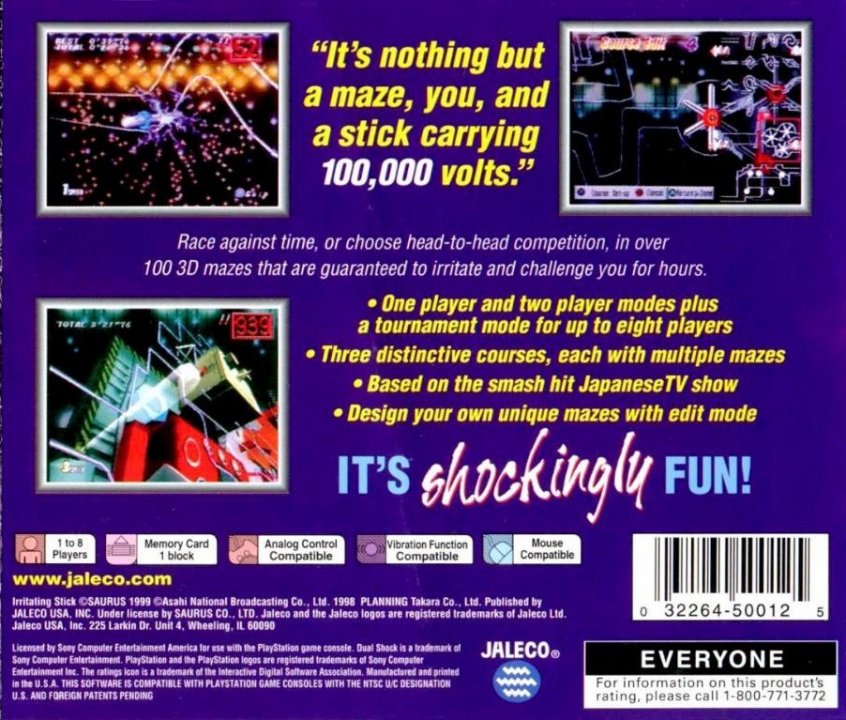 Irritating Stick, published by Jaleco and developed by the guys and gals at Saurus is quite a weird idea when it comes to what the videogame industry has expected in the past. Based on a cult TV show in Japan where contestants have to guide a rod in between two barriers of pulsating volts of electricity to the end of the maze without touching either side as this will lead to a shock of electricity, you would hardly even conceive this idea to be a practical videogame. The game entails moving around what appears to be a dot on the screen since this actually represents the stick in a 3D world that is viewed from "top down" on the head of the rod. By directing this rod through the maze without hitting either of the barriers, you will take victory. However speed also must be taken into consideration since a time limit is established for each course. Players can also change speeds by simply pressing the X button to drop down a speed or circle to speed up with a total of five speeds available. The unlimited number of mazes are set through various background courses and obstacles from spinning blades, poker machines and even a metal robot. 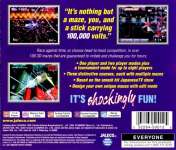 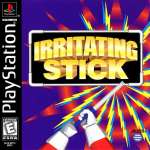