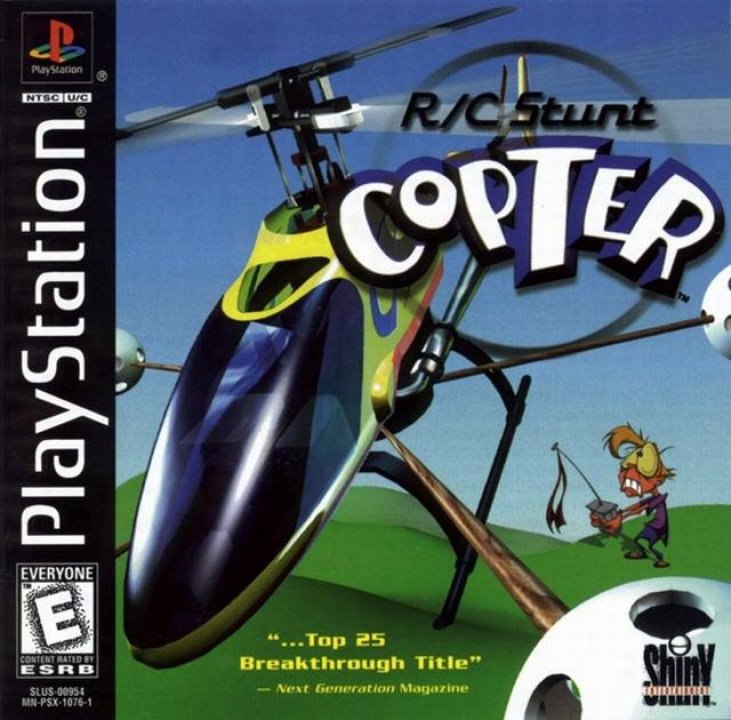 R/C Stunt Copter is an Action game, developed by Shiny Entertainment and published by Titus Software, which was released in 1999. It was made with the intention of capturing what it is really like to pilot an r/c helicopter. Being made by Shiny, the game also includes many fun and macabre challenges like trying to crash your helicopter into a target painted on a cow. 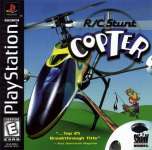