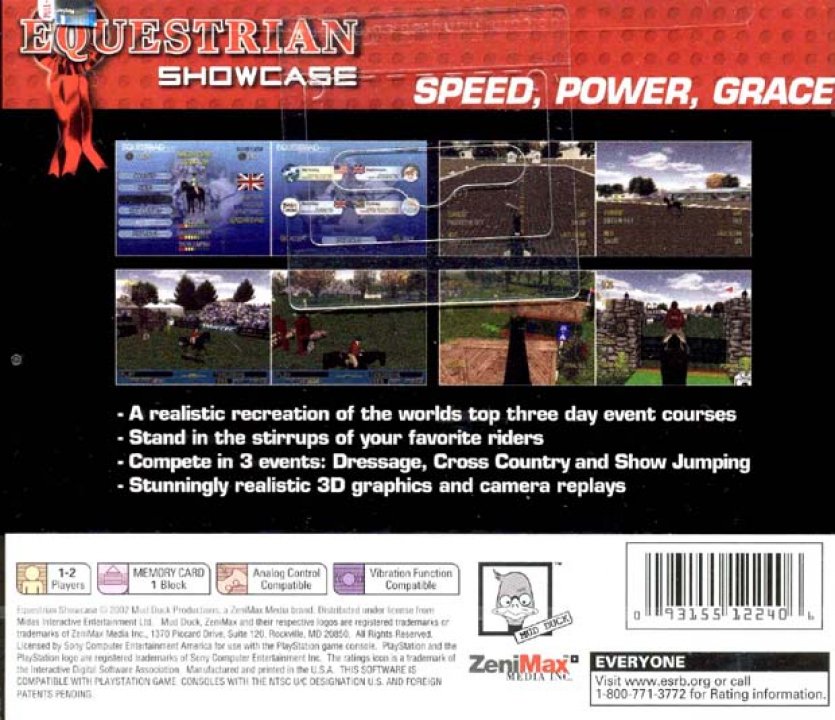 Equestrian Showcase puts players in the saddle of their favorite show horses at three of the world's most prestigious venues including the Kentucky Three Day Event, Badminton Horse Trials, and Burghley Horse Trials. A fourth event, the Sydney Horse Trials at the Sydney International Equestrian Center, can be unlocked by earning points during a full championship season at the other three venues. Events consist of three main challenges, Dressage, Cross Country, and Show Jumping, with specific scoring rules and penalties in each. The Single Player option includes five modes of gameplay: Championship, Three Day Event, Single Event, Practice, and Training. Four levels of difficulty (beginner, amateur, veteran, and expert) require 15, 30, 50, and 75 points (respectively) for qualification in the Sydney event, and players can customize rider set-ups in any mode by selecting horse, country, rider, and slot (four per country). All modes except Training and Practice accommodate multiplayer action for up to four separate competitors or in team events. 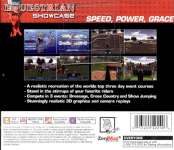 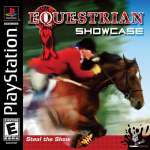