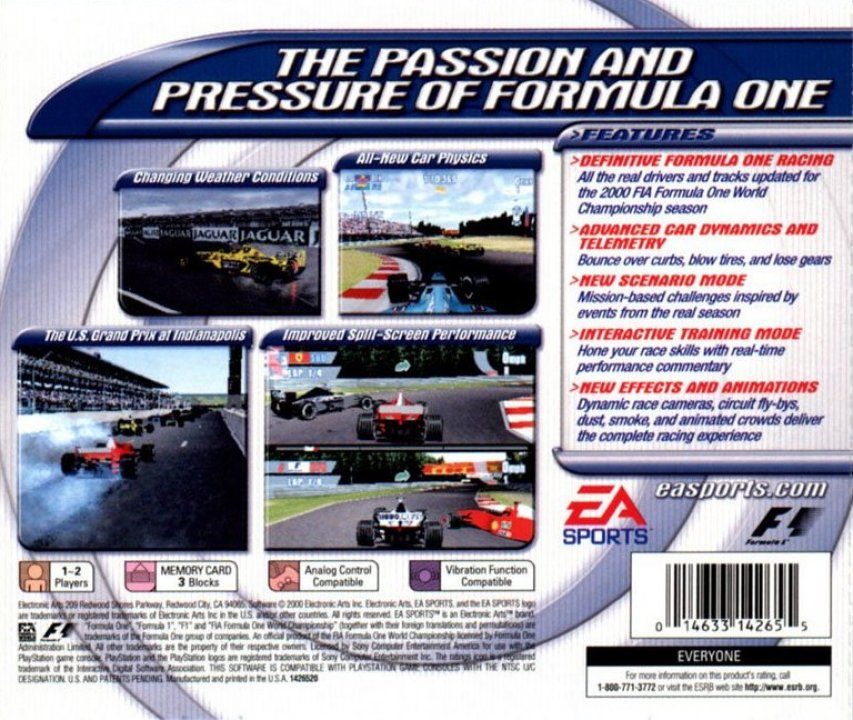 EA Sports is known for a constant pursuit of authenticity in their games and their Indy Car racing title F1 Championship Season 2000 is no exception. The game features real drivers in real cars, racing on real tracks. There is even an accurate racing schedule and commentary from real-life announcers in four different languages. The action in F1 Championship Season 2000 relies on a mix of "real" and "arcade" physics, with the intention of providing a realistic look and feel but assuring that the game is still fun to play. The game also features a split-screen mode that allows two players to race against one another at the same time. 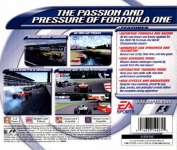 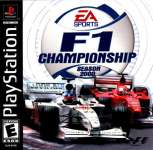