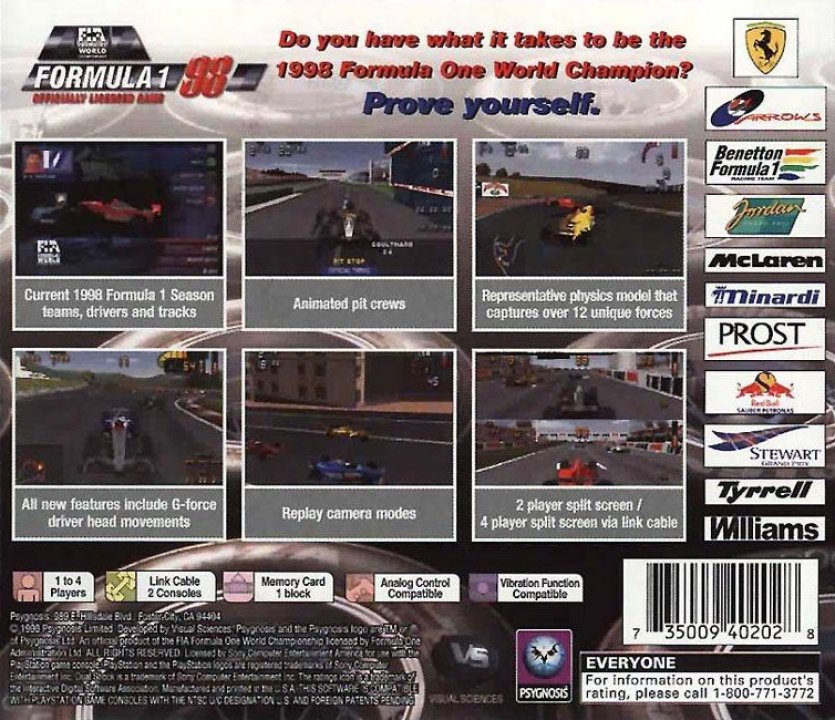 Psygnosis hits back with Formula 1 98 not only providing a new game engine and features but also developer Visual Science. Formula 1 98 also sports a real 1998 FIA licences insuring real tracks, cars, racers, teams, more detailed statistics and other F1 lifelike aspects. Visually Visual Science have managed to tweak field depth and reduce pop up while providing the same detailed, fast visuals the first two were known for. Players also witness the action from a new cockpit view with realistic driver head animation and new particle effects have been added to heighten realism and crash effects. Also check out startling commentary now not only with famous English commentators but also other languages provide real commentators, certainly a good option for those who prefer non-English commentary. Cars are also modelled upon 1998 versions with greater attention to detail and advertising while all tracks have been greatly improved likewise. The Interface now features a track map in arcade mode while existing car dynamics and control have been tweaked in simulation mode to appear more realistic than ever. Formula 1 98's new pit features have also been added including animated pit crew, penalties and Wipeout style pit stops in arcade mode. Psygnosis have also incorporated a new arcade challenge mode while many of the game's existing features such as modes, options and general features have been retained. 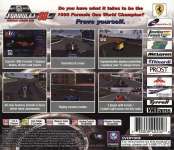 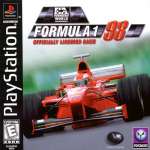